'It's a safety concern': Saskatoon neighbourhood may lose one of only two ways to reach it

'It's a safety concern': Saskatoon neighbourhood may lose one of only two ways to reach it

Residents of Montgomery Place are asking the City of Saskatoon for public consultation on a project that they say could hinder access to their community.

As part of the city’s plans for Circle Drive West, access to the freeway is being proposed around Clancy Drive.

However, the potential change would see the closure of the current route connecting Circle Drive directly to the neighbourhood, leaving 11th Street — which also is home to a rail crossing — as the only way to and from one of the city's oldest neighbourhoods.

The move is something that Montgomery resident Marie Pister said does not make sense.

“The plans that they've come up with just don't feel thought out,” she told CTV News.

Pister, who has a background in architectural design, said there were other options that the city could consider.

“If they're really interested in having a temporary fix, which I don't think is needed, is the existing exit on to 11th from Circle Drive could be started back at Clancy because there is no merge lane at that intersection.” 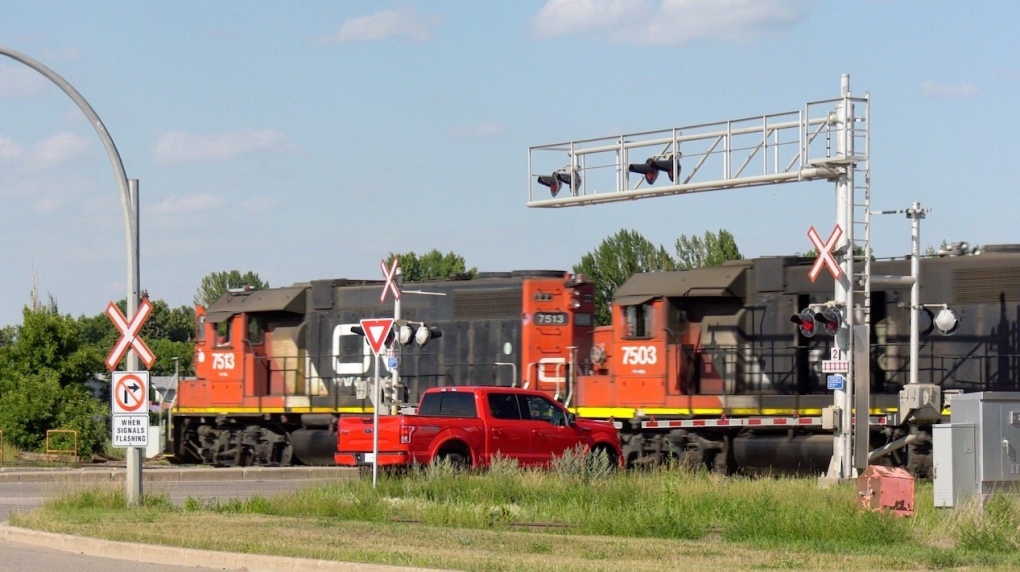 Saskatoon's 11th Street West is one of two way to get into Montgomery Place in the city's southeast. (Chad Hills/CTV News)

She said what the neighbourhood really needs is an overpass at 11th Street to remove the train tracks from the equation.

“It's a safety concern,” she said.

“Because either exiting or entering 11th Street to access our community would all be on the east side of the main CN Rail track and we all know out here how many trains there are," she said.

"They're very frequent and they're very long. So we would be blocked access by trains, either leaving or entering our community.”

She said that an overpass was something she was trying to push for the community.

“I'm very concerned about the ongoing challenges that people have coming in and out of Montgomery," Gough said.

Biddle said the community was asking the city for public consultation before any decisions were made.

“What we're asking for is we want to be consulted so that residents can express their concerns and ask their questions. We want a public meeting before it's approved and we want clear information and this opportunity to give input.”

She said she was hopeful the city would respond positively to the request from residents.

“In other situations, our community has been consulted, and it's been done very well,” Biddle said.

“We all appreciate that.”

Gough said the city has already held several open houses about the Circle Drive changes and it would be up to the council to direct any further consultations.

“There was a flyer that went to everyone in all affected neighbourhoods, including Montgomery before the third open house,” she said. “But I don't know how many people from Montgomery were at that meeting.”

She said she has been working to get information to the residents in her ward so they can have their concerns and questions addressed.

The plan is will be up for discussion at the city's next transportation committee meeting on Aug 8.