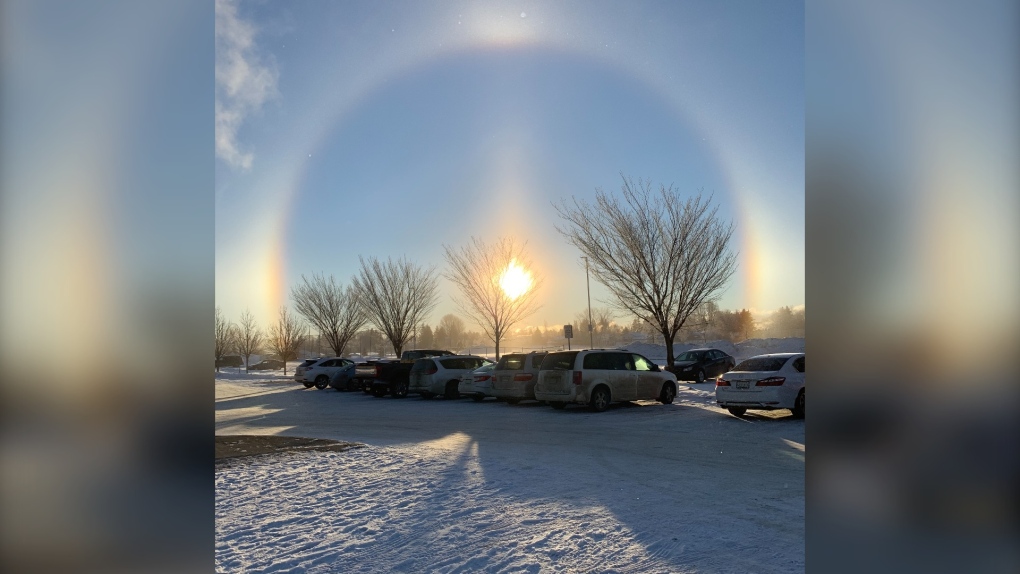 A photo of a picture-prefect sundog submitted by Nancy Moloney.

SASKATOON -- While Saskatchewan has emerged from a stretch of frigid temperatures that led to extreme cold warnings, stinging skin and kept tow truck drivers busy as engines struggled to turn over — the cold snap has left behind some souvenirs.

It seems the freezing arctic air created the perfect conditions for sundogs, which Environment and Climate Change Canada describes as an effect that causes halos to appear around the sun when sunlight reflects ice crystals suspended in the air.

Here are some of the just a few of the striking images shared with CTV News Saskatoon:

Shelly Beskal Kostiuk captured this photo on Highway 11 on the way to Prince Albert. 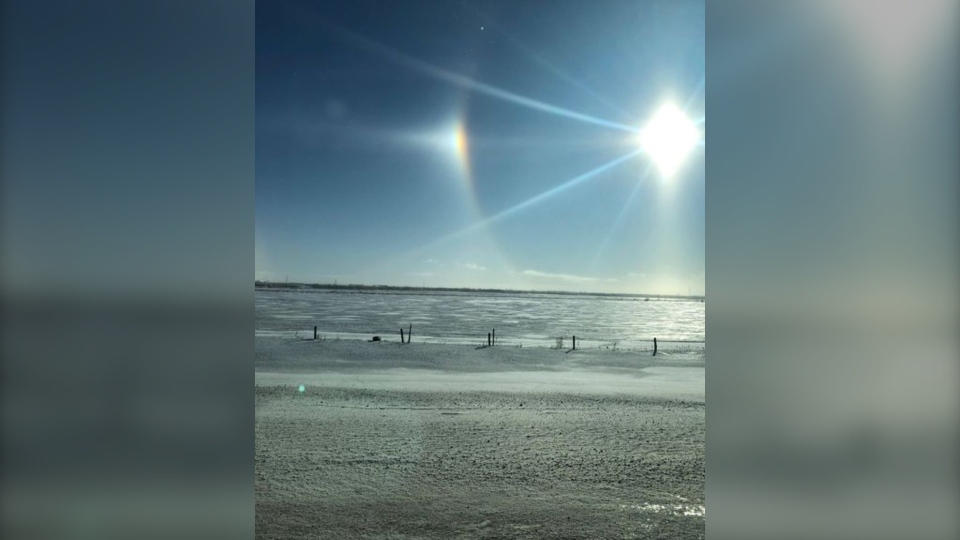 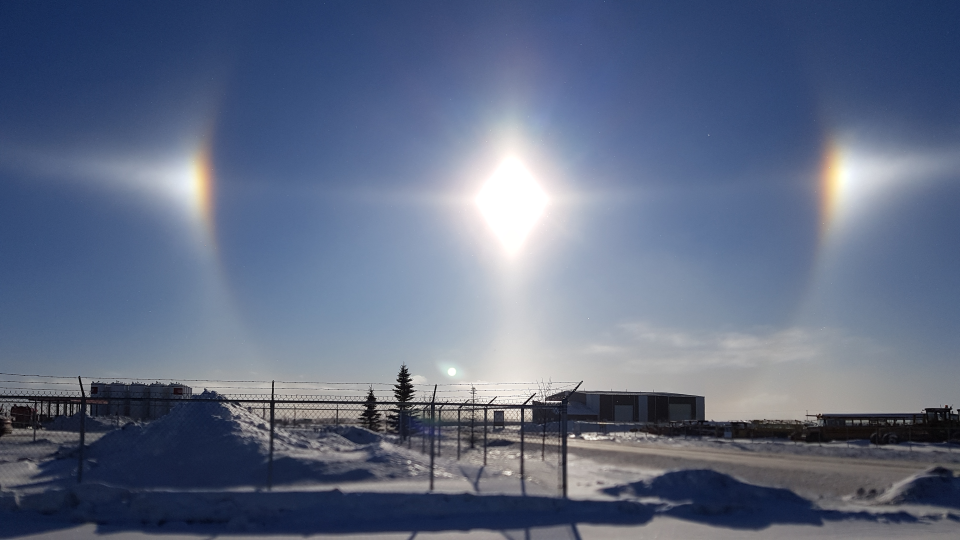 While the sun was nowhere in sight, Casey Schoffer witnessed a similar phenomenon — a glowing halo around the moon in Aberdeen. 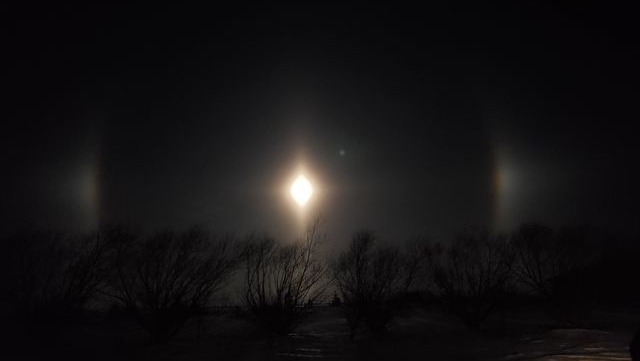 Rosalind MacDonald says she was so impressed when she saw this sundog while driving that she stopped and took a picture. 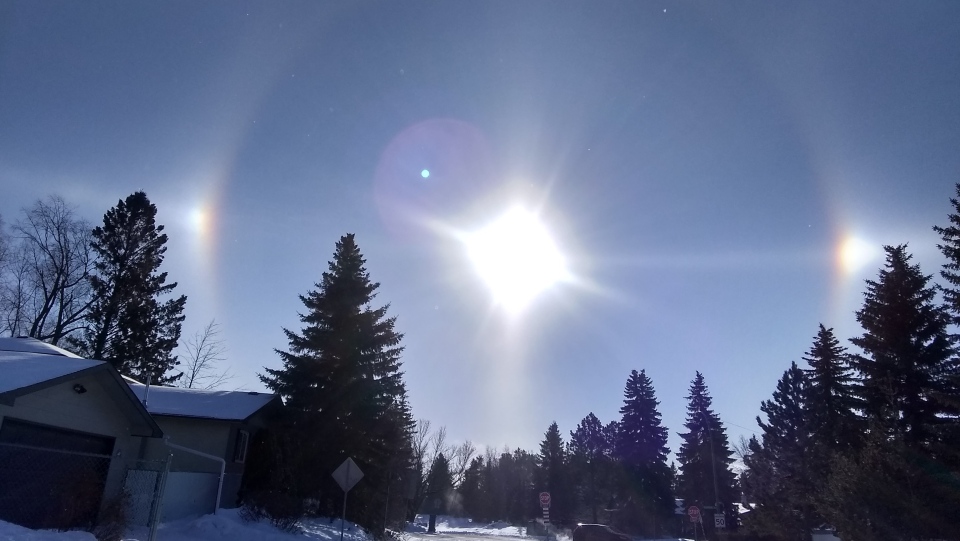 Doug and Joanne Born spotted this sundog specimen in Martensville. 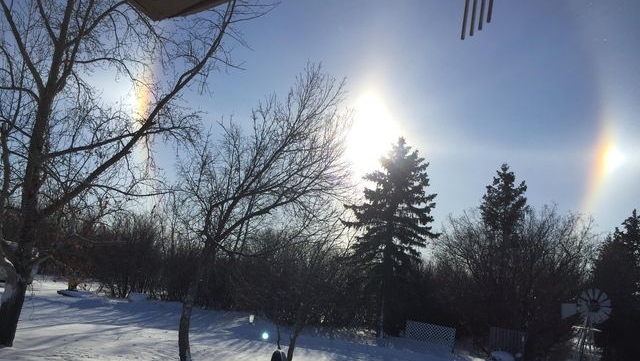 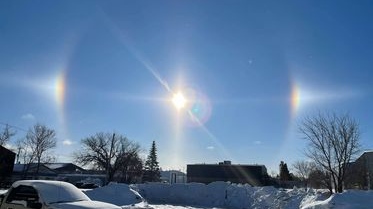 This sundog surprise popped up at Blackstrap Lake. 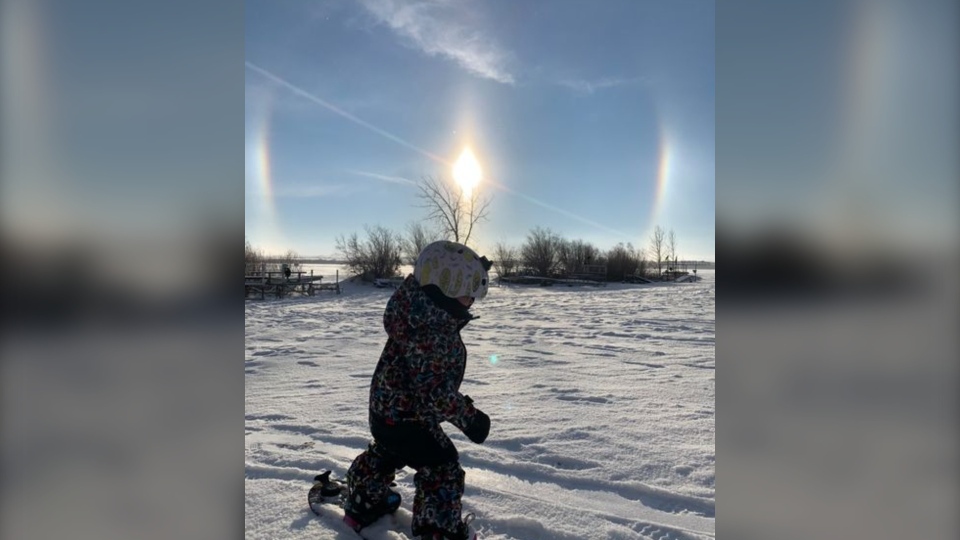 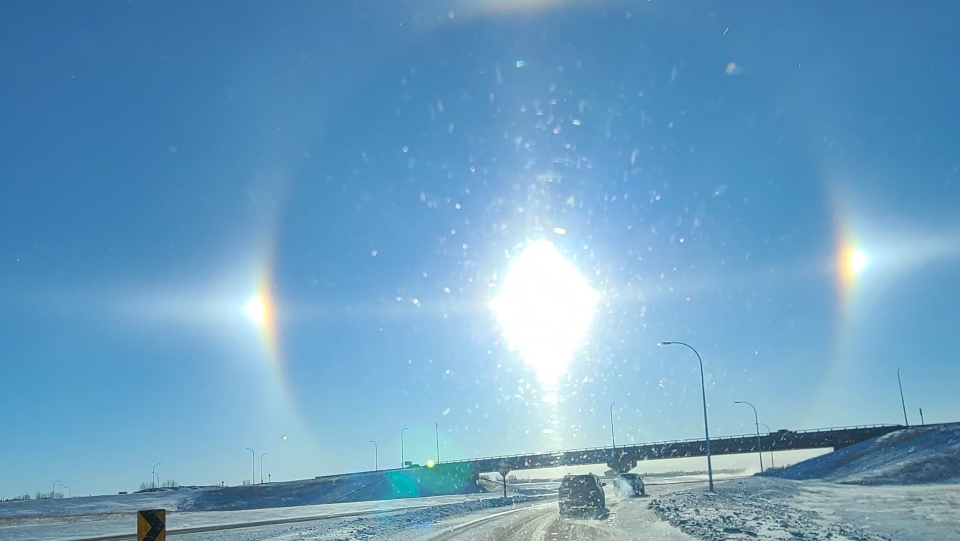 Cheryl Mitchell says she snapped this photo on the north side of Saskatoon. 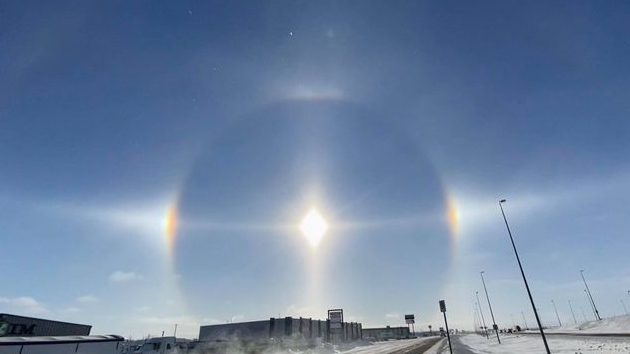