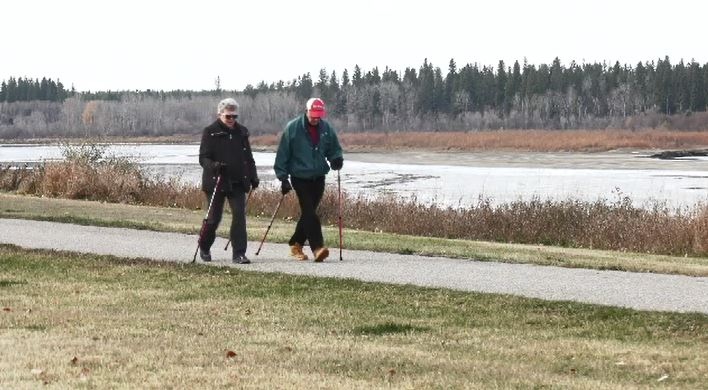 PRINCE ALBERT -- The Prince Albert Rotary Trail has been awarded this year’s Parks and Open Space Award, as chosen by the Saskatchewan Parks and Recreation Association (SPRA).

The rotary trail was up for the award against other parks and trails in the province. The designation recognizes the leadership and effort behind the creation of the 23km trail.

“I think it’s awesome that the rotary trail is being recognized as something that deserves an award,” said David Fischl, former Rotary Trail committee chairperson.

Fiscgl says the award is an honour shared by the numerous groups and people who were involved in fundraising and building the trail.

“I feel humbled and honoured, because putting this trail around the city involved working with so many committed people, so many businesses, individuals, and different levels of government who made sure this was going to happen.”

In lieu of an awards gala the SPRA is creating videos of the award winners from around the province, which will be shared on SPRA websites.