SASKATOON -- Suzy Schwanke has set up a free little art gallery in Saskatoon’s Queen Elizabeth neighbourhood as a way for people to enjoy art during the COVID-19 pandemic.

“I think we’ve all been feeling a lack of community. I’m really always trying to think of ways we can join together. I love seeing the smiles on people’s faces that I’ve never even met before and it’s a great way of connecting with people. We can all use a little pick-me-up in these times,” she told CTV News.

Schwanke is an art teacher at Marion M. Graham Collegiate. She’s been off work because she recently had knee surgery, so she decided to come up with a way to bring art to the community.

She read an article about a Seattle woman who started a free little art gallery, and decided to create one of her own.

Schwanke said she came up with the design and her husband helped build it.

The planning took about a month but the actual process of building it took a week, she said. 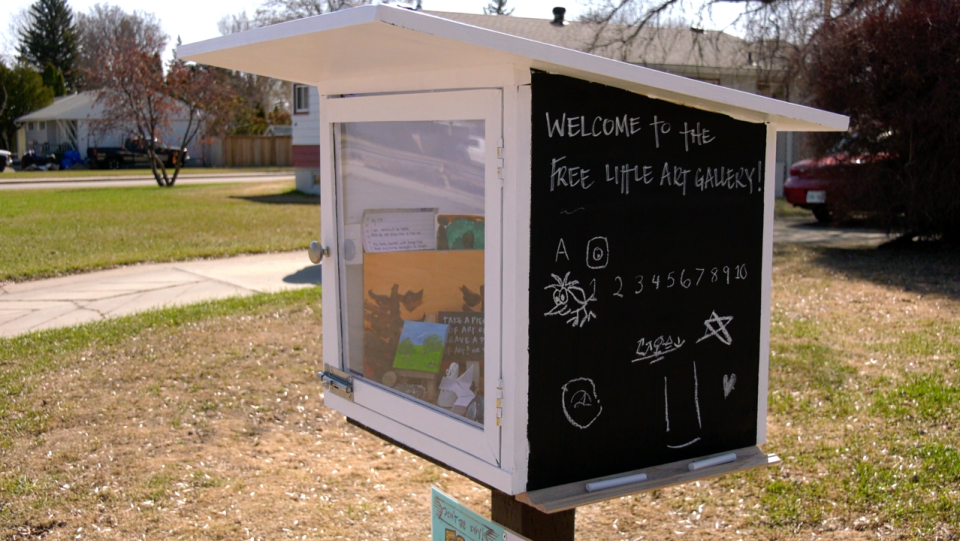 The little art gallery, which is set up outside of 332 Hilliard Street East, features miniature paintings, decorated rocks, photographs and poems.

People are encouraged to stop by, look at the art, take a piece of art and if they can, make and leave art for others to enjoy.

Schwanke said the display changes every day, and even hourly, as people are always contributing new items.

“It’s just so exciting to see what people leave behind. Definitely a huge variety, it’s not just art, it’s crafts ... It’s really anything goes, anything that you find aesthetically pleasing would fit really well in this gallery,” she said.

An Instagram page has been set up, where Schwanke posts photos of the different displays and people who stop by. 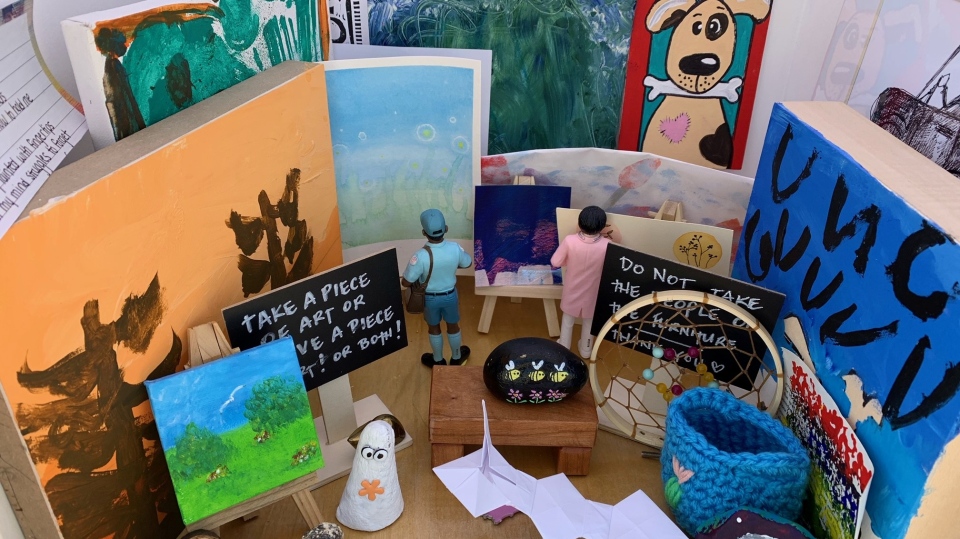 The free little art gallery has been up since Sunday and has already attracted a lot of local attention. Schwanke said some of her art students have also reached out, saying they plan on making something for the gallery.

“It’s been so exciting to see people’s reactions and I try as much as possible to come out and talk to people when I see them through the window,” she said.

“I’m really partial to the things that little kids make because they’re just so excited about creating something for the gallery and I just love watching the reaction when they see it and that feeling of pride when they place something that they’ve made into the gallery,” Schwanke said. 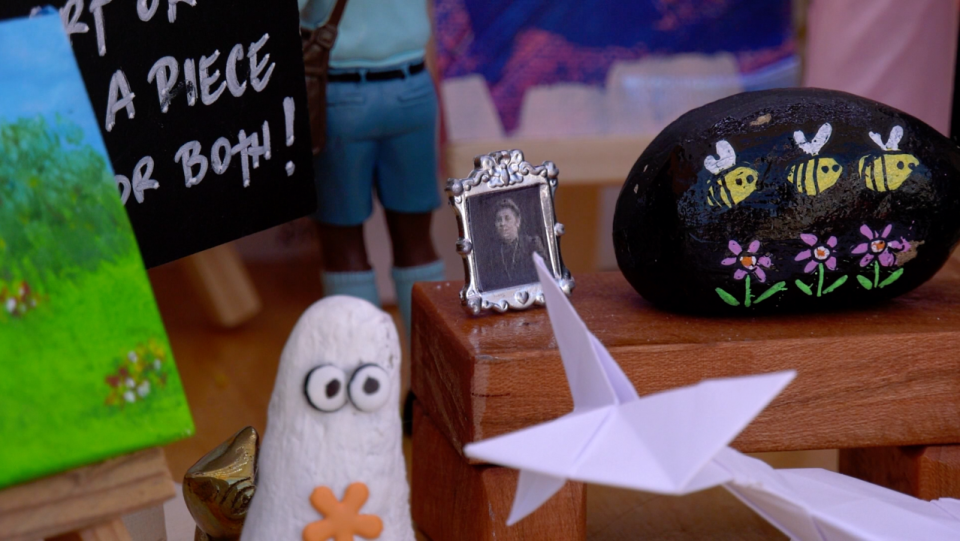 Marina Evans, Schwanke’s neighbour, said she she was thrilled to see something like this set up in her neighbourhood. She said she can see the little art gallery from her kitchen window and stops by daily to check out the new pieces.

“There’s just not enough little things like that just to make people smile. I thought it was fantastic,” Evans said.

“I think this is kind of important just to give people a little something to look forward to, a little way to express yourself and interact with people without breaking any rules or anything like that. I think this is really good for people’s morale.”

Evans and her five-year-old son have not only been enjoying the art, but have been contributing new pieces to the gallery as well.

“I was making some little pieces for the art gallery and my son decided that he wanted to get in on the action. So, last night, he threw this together, it’s a little acrylic piece, took a lot of time, a lot of effort, but you know, he did it. So, it’s purple crows, that’s what he called it,” she said. 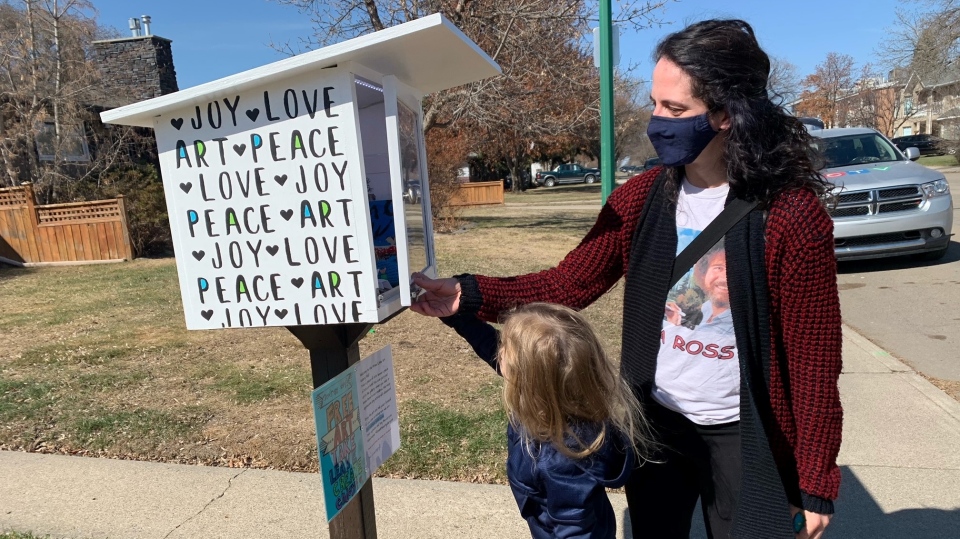 Evans said she would love to see more little art galleries like this pop up around the city.

Schwanke said she plans on keeping the display up year-round.

“I’m hoping it withstands our Saskatchewan winters, but I definitely want to have this going year-round. It’s a permanent fixture. I just want to keep adding to it and making it a permanent thing.”