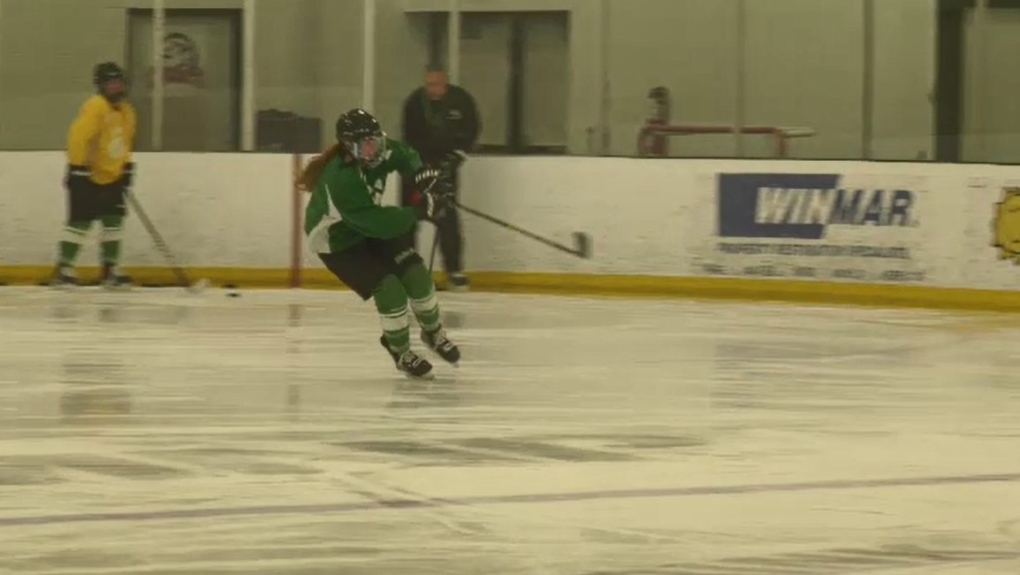 For the University of Saskatchewan Huskies women's hockey team, much is different this season.
SASKATOON -

For the University of Saskatchewan Huskies women's hockey team, much is different this season.

"It's the youngest team we've ever had. I have 15 new to our squad and 13 that have never played at a U-Sport level,” said head coach Steve Kook.

Their only fifth year player is Bailee Bourassa, who led the team in scoring in the 2019-2020 campaign before the pandemic shut things down.

Kook says the six preseason contests they have played so far have been a good opportunity to get younger players up to speed.

"You know the first three were just introducing them to the way we play and the structure that we have. And then you know, the last three were really good I thought, and that was where we learned how to compete at this level."

The response so far, according to Bourassa, has been an impressive showing of on-ice skill from rookies, along with a desire to complete the learning curve.

“I think our younger girls have really took it upon themselves to really reach out and learn some new things. So just helping them with that was really good for me."

Perhaps the biggest skates to fill will be in goal. Gone is former U-Sports All-Canadian Jessica Vance.

Taking over between the pipes is Cameron Drever, who feels the learning experience behind Vance has been valuable and will carry over.

"I think being with the team and just practicing with the girls has given me the experience that I need in order to succeed on the ice. And so I think I'm ready for sure," said Drever.

Kook says Drever knows how to compete at a high level.

"She comes to us with three national championships at the AAA level. So she’s not without that expertise and that sort of competitive fire with her."

The Huskies averaged nearly three goals a game in preseason. Kook says he likes the offensive ability, but there are challenges behind the blue line, though a new defence core is improving.

There will be plenty of motivation as the regular season begins this weekend against their provincial rivals, the University of Regina Cougars.

"Every time we face Regina there is just that extra little bit of fire under us to play them, so it's going to be a really good game," said fourth year forward Abby Shirley.

The first of a home and home set begins in Regina on Friday, with the Huskies home opener Saturday night at Merlis Behsler place.