Hockey referee skates for more than 19 hours in Saskatoon, raises awareness for Alzheimer’s 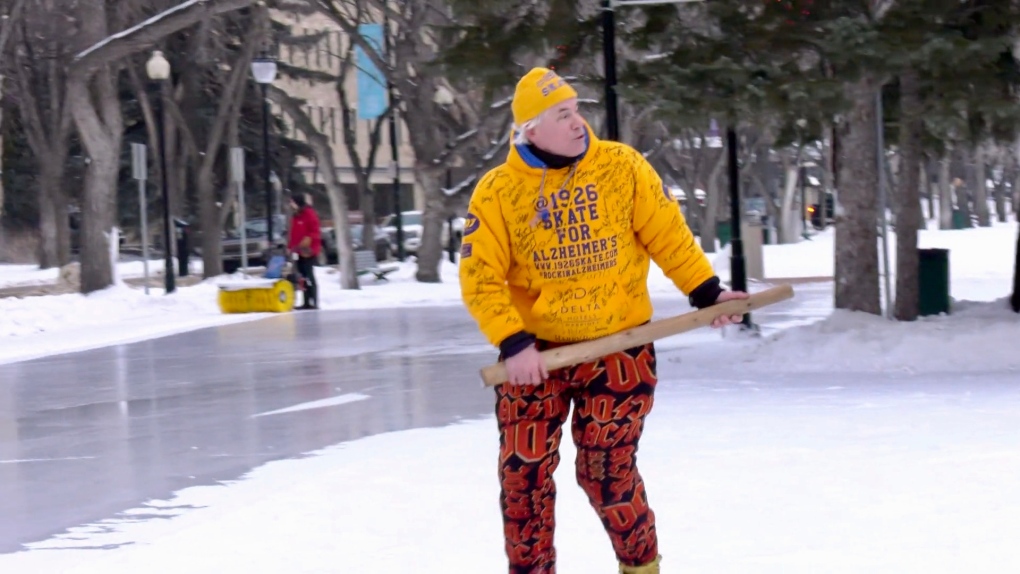 SASKATOON -- A hockey referee has spent 19 hours and 26 minutes skating at Saskatoon’s Meewasin rink to raise awareness for Alzheimer’s.

Eight years ago, Steve McNeil began '1926 Skate for Alzheimer’s' to honour his late mother, who battled Alzheimer’s for 20 years – who was born in 1926.

“The first year was just a dedication, after my mother passed family and friends asked me to turn it into a fundraiser and for the last seven years that is what I did,” McNeil told CTV News.

“My goal is to get people talking to get people involved and to have our communities right across the country become aware that there is a lot of people across the world that need help,” McNeil said.

The Ontario man is travelling across Canada for the skate. Saskatoon marks his fifth spot.

“This year I had my sights on all of the 10 provinces, so that is what I did. I have 12 skates because I didn’t want to leave any of the Alberta or Ontario cities out, so each city will get a pair of skates,” McNeil said.

McNeil stays warm throughout his 19 hour skate by wearing four sweaters, his referee equipment, a coat, snow pants and two pairs of socks.

McNeil plans to travel to Winnipeg next, where he aims to skate for another 19 hours and 26 minutes.

His last stop will be in New Brunswick on Feb. 21.

Donations to support McNeil’s 1926 Skate for Alzheimer's initiative can be made here.