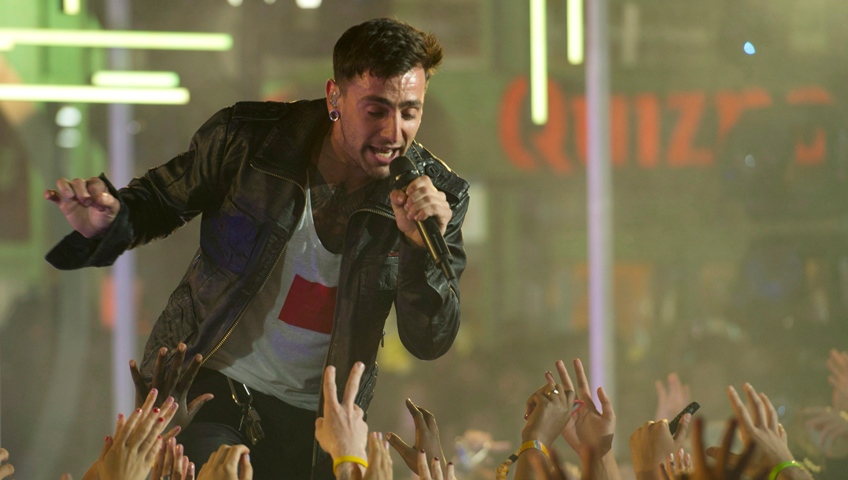 Hedley performs during the 2012 Much Music Video Awards in Toronto on Sunday, June 17, 2012. Nathan Denette / THE CANADIAN PRESS

Hedley fans in Saskatoon waiting to scream Jacob Hoggard’s name Wednesday night will have to wait an extra day.

The band’s Saskatoon and Winnipeg shows were postponed Tuesday due to poor weather conditions and road closures, according to event promoters Live Nation.

The band was slated to play Winnipeg’s MTS Centre on Tuesday and Saskatoon’s Credit Union Centre on Wednesday. The Winnipeg show was moved to April 15 while the Saskatoon performance was pushed just one day later to Thursday.

The band played in Thunder Bay, Ont. on Monday night. The city was hit with freezing rain Monday night with Environment Canada calling for snow and ice pellets Tuesday.

Fans in Winnipeg and Saskatoon unable to make the rescheduled dates can return their tickets for a refund.

No other dates on Hedley’s tour were moved.