'He started crying so I knew he was ok:' Says mom who delivered baby in Prince Albert hotel lobby

'He started crying so I knew he was ok:' Says mom who delivered baby in Prince Albert hotel lobby 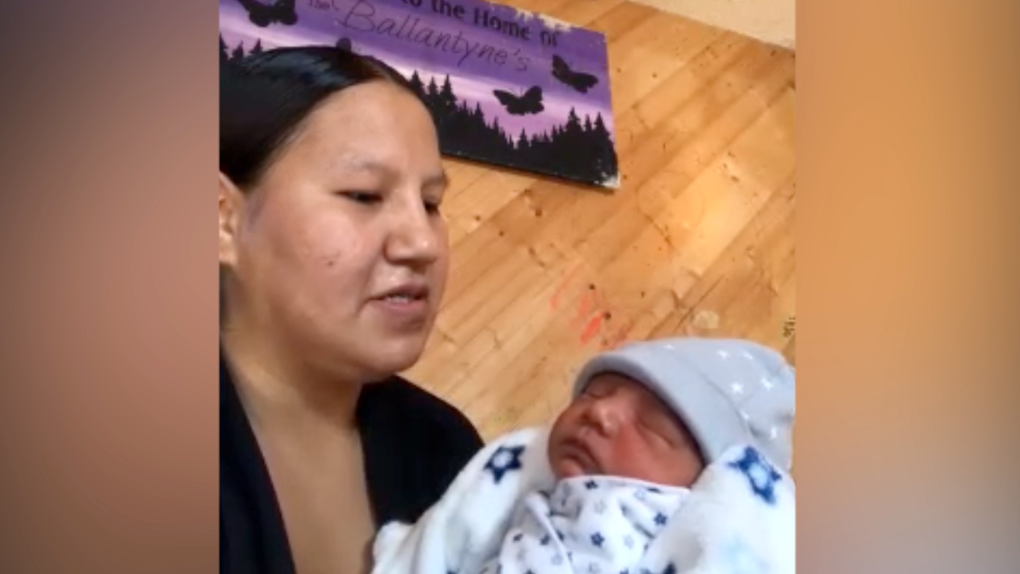 Diandra and Clayton Ballantyne from Pelican Narrows were staying in Prince Albert waiting to deliver their baby in Prince Albert’s Victoria Hospital, but they didn’t make it there in time.

The birth happened just before 2:00 a.m. Sept. 30 in the lobby of a hotel in Prince Albert.

“Two workers at the Days Inn were helping us and getting towels. And my boyfriend helped me grab my baby,” said Diandra Ballantyne. She says her water broke and they began to make their way to the hospital when she knew the baby was coming.

“I was scared holding my baby, but he started crying so I knew he was okay,” Ballantyne said.

She says paramedics arrive moments later to assist the couple.

The baby was six pounds and seven ounces, and the couple named him Cayze Jordan Royce Ballantyne.

He is Ballantyne’s seventh child, and now among four boys and three girls.

“Usually EMS gets there and then the baby comes out but this is the first one where the baby came out while I was on the phone with them,” said Parkland Ambulance Medical Communications Specialist Daphne Laliberte.

Laliberte has a 19-month-old child and says she identified with Ballantyne’s situation.

“I wish my labour was as fast as hers,” said Laiberte lightheartedly.

She’s worked as a medical communication specialist for ten months. She has handled obstetric calls before however this was her first delivery.

“It’s super gratifying…I didn’t realize it until everyone was like ‘Oh my gosh! You helped deliver a baby? That’s so cool.’ And then I thought, right, that is pretty cool,” Laliberte said.

On average, Parkland Ambulance paramedics and medical communication specialists assist with about 25 out of hospital infant deliveries a year, says Karasiuk.

“There’s been calls from excited dads who say, ‘Oh my gosh, my wife’s having a baby,’” said Karasiuk. “It really helps when our telecommunication staff can connect with a caller and have some appreciation for what they are going through with any circumstance, not just deliveries.”

He says births are unpredictable and their paramedics are trained in obstetrics and communication staff rely on a script to walk people through labour and delivery.