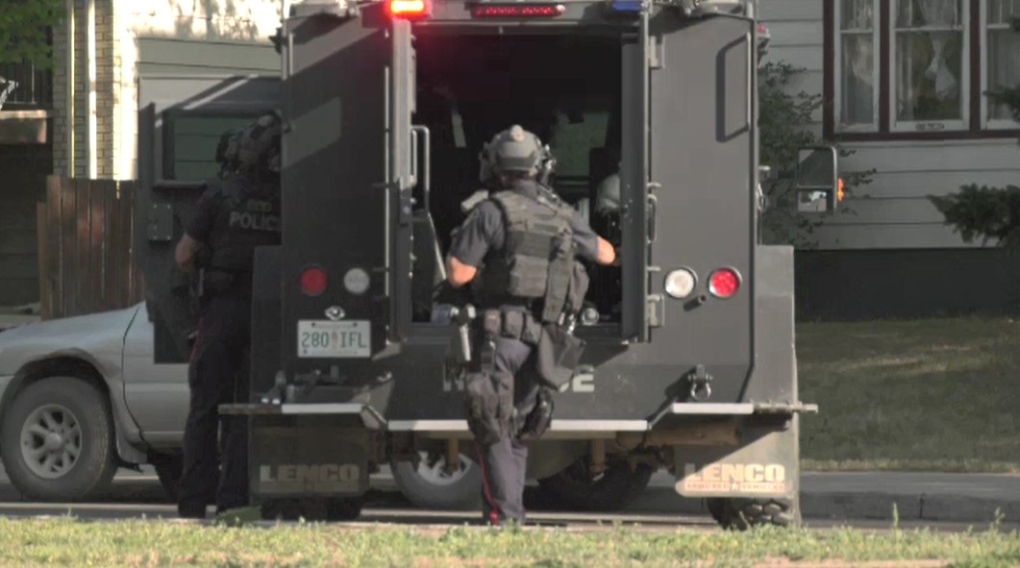 SASKATOON -- Four people have been arrested as part of a firearms investigation that involved heavily armed police at a home on 8th street near Dufferin avenue.

Police say at about 5:00 p.m Wednesday evening, officers from the Guns and Gangs Unit and  Tactical Support Unit initiated a firearms investigation at an address in the 700 Block of Eighth Street East.

By 8:30 p.m, police say four adults and two youths had been removed from the residence without incident.

Police say the adults were held in custody and the youth were released.

The situation prompted traffic restrictions in the area and officers were on scene for several hours.

A 30-year-old woman and a 23-year-old man are  in custody and will appear at court Thursday, according to police.

Several firearms charges will be laid against the pair  in regards to an illegally possessed shotgun that was seized, police said in an update following the incident.

Both of the accused were in breach of previous release conditions, police said.