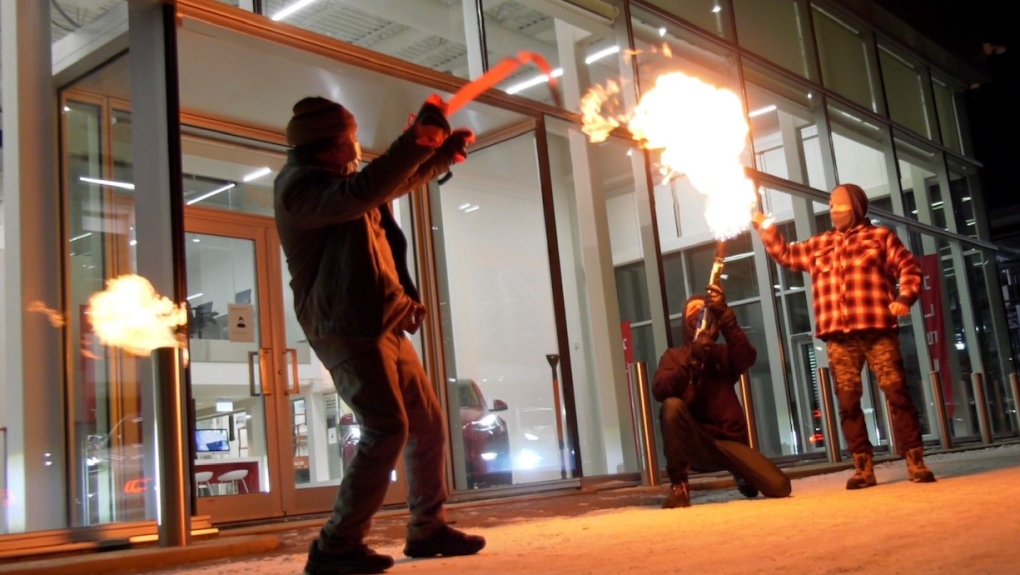 SASKATOON -- Tesla has become the first electric-only vehicle manufacturer to open a “dealership” in Saskatchewan with the fiery opening of a Tesla Store in Saskatoon.

In contrast to a bitterly cold evening on a day where the temperature plunged to -32 C, armed with an Elon Musk flamethrower, Tyler Krause, president of the Tesla Owners Club of Saskatchewan, burned through the ceremonial ribbon to mark the location’s opening at the Stonebridge auto mall.

“As of today there’s 237 Teslas in Saskatchewan but up until this point there hasn’t been a store to actually pick up your Tesla,” Krause said.

The store in Saskatoon means people don’t have to drive to Calgary to pick up their Tesla, Krause said adding people will also be able to test drive Tesla vehicles.

Unlike traditional car dealerships, Tesla Stores are owned by the manufacturer itself and vehicle orders must be placed online.

Even in the bitter cold, 20 Tesla owners in Saskatoon and two from Regina came out and honked in support of the new dealership.