Firefighters on scene of grain elevator fire in west Sask. 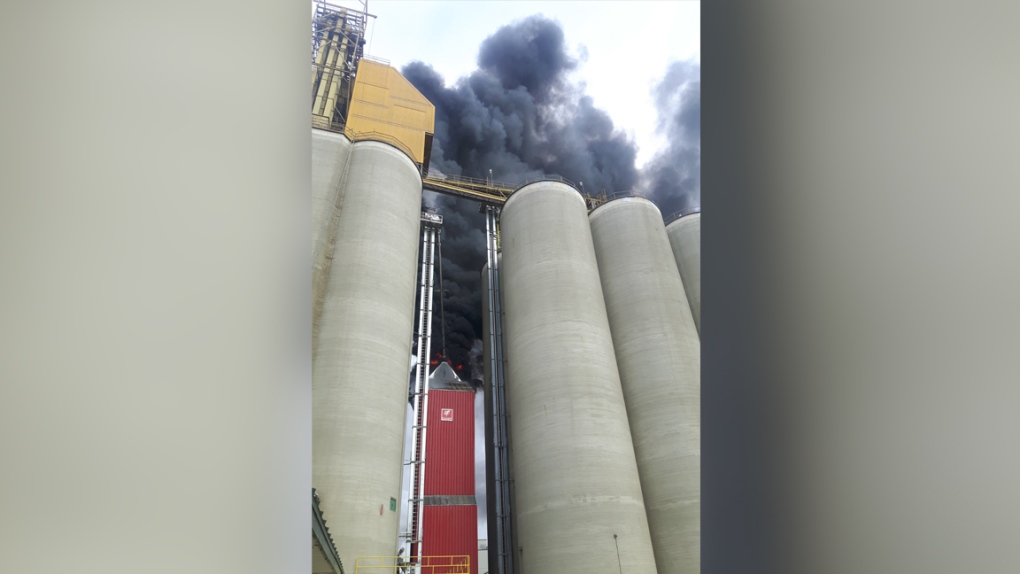 Emergency crews are on scene of a fire at a grain elevator just outside of Unity, Sask.

Police were called to the grain elevator one kilometre east of Unity around 7:20 a.m. on Thursday after reports of a fire.

Fire crews are still on scene, but they say the blaze is contained in the grain dryer of the elevator.

Due to the proximity of the dryer to the main offices, the business has been evacuated.

Police say staff was on site when the fire broke out, but no injuries have been reported. They also say the cause of the fire is not criminal.

RCMP is also reminding drivers not to stop to look at the fire while driving on Highway 14, as vehicles stopped on the side of the road could present risks for other drivers.

Unity is about 192 kilometres west of Saskatoon.