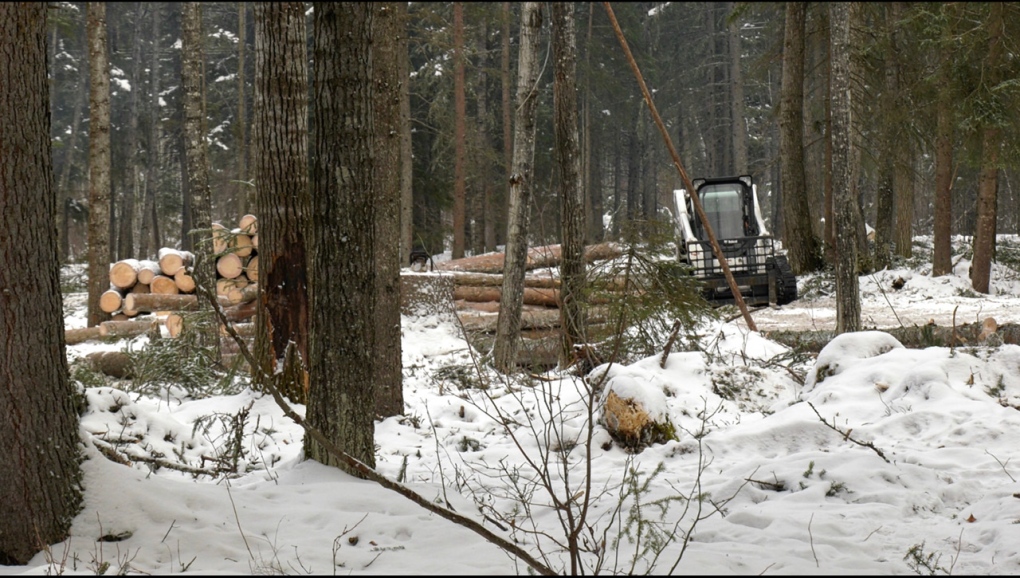 Park crews are creating a 12-hecatre fuel break next to Ajawaan Road near Baker's Bungalows in the Waskesiu townsite.

Park crews are creating a 12-hecatre fuel break next to Ajawaan Road near Baker's Bungalows in the Waskesiu townsite.

“Our target is the coniferous trees so the spruce and the pines, they have needles and oily resins in those needs so during a wildfire they are the most flammable trees,” said Prince Albert National Park fire management officer Glenn Rupert.

“We try to leave the deciduous trees, the birch and the aspen which are the trees with leaves on them. They typically will slow down the fire spread a little bit more.”

Over time, more deciduous trees will grow in the area that has been thinned, he said.

Crews also remove brush and organic material off the forest floor. A fuel break reduces the chance of spot fires from floating embers.

“It just brings the fire intensity down,” said Rupert. “Those needles and other debris going through the air can land on the homes and destroy a structure.”

In 2018, the Rabbit Creek wildfire burned patches of land within a 36,665-hectare area in Prince Albert National Park.

“A fuel break is just removing some the more flammable or dangerous fuels, so during a wildfire if a fire was to encroach on the townsite or community the fire comes to lower intensity and it give us a better chance of stopping the fire and protecting the community,” said Rupert.

In November, tree thinning, tree pruning and brush removal was done on about eight hectares of land in the existing Waskesiu Community Fuel Break.