COVID-19 updates for Saskatoon and area for Thursday, April 9

There were seven new COVID-19 cases confirmed in Saskatchewan, the province said Thursday in its daily tracking report.

The total number of confirmed cases in the province so far is 278, 160 of which are considered active.

While the source of their infection may not be related to their work, 27 health care professionals are among those who have been confirmed to have the virus so far.

Eight people are currently hospitalized due to the virus with two of the patients requiring intensive care.

Saskatoon continues to have the lion's share of confirmed cases, with 138 of the province's total number of cases, 95 of which are considered active.

Experts in Saskatoon are decontaminating N95 masks so they can be reused.

“We are ready as early as next week to provide this as a back-up if needed,” Vaccine and Infectious Disease Organization-International Vaccine Centre Director Dr. Volker Gerdts said in a news release.

Many Saskatchewan First Nations are taking steps to protect residents during the COVID-19 pandemic, even with low case numbers in the province’s indigenous communities so far.

“Those four cases have recovered, they were very stable, they did not require any hospitalization,” said Khan. “They weren’t even severe cases, so they recover at home.”

No need for Emergencies Act: Moe

At this point in the COVID-19 pandemic, Saskatchewan's premier says the province sees no need for the federal government to invoke the Emergencies Act.

The comment came after a letter from the federal government was circulated among provincial leaders.

During a news conference Thursday, when asked about the letter Premier Scott Moe confirmed its existence but would not go into detail about what it said.

The province of Saskatchewan is introducing an Emergency Support Program for small businesses.

The Saskatchewan Small Business Emergency Payment (SSBEP) is a $50 million program designed to provide support for small and medium sized businesses that have been impacted by COVID-19.

“We have heard from our business community and understand the unprecedented challenges that they are facing,” Premier Scott Moe said.

As of April 9, Saskatchewan has about a one-month or more supply of most essential personal protective equipment (PPE) items, including surgical masks, N95 respirators and gloves.

The province is continuing to receive orders through its regular supply channels, but is monitoring them closely given global supply issues, according to a news release.

It’s the highest number of tests performed in the province since the lab started performing confirmatory tests on March 21.

The lab performed 1,051 in one day, bringing the province’s testing numbers to 16,672 as of Thursday. Saskatchewan has the second highest test rate per capita in Canada.

The COVID-19 pandemic is hurting the financial situations of several Royal Canadian Legion branches across the country.

“We’re in uncharted waters,” said Roberta Alton, affiliate member on the executive board of Legion Branch 63 in Saskatoon.

Strict guidelines mean a branch’s only source of income to pay the bills are from hall rentals, fundraising and running a restaurant and bar, and the pandemic has meant those funds are no longer coming in.

During the news conference, the city's emergency planning director Pamela Goulden-McLeod said the restrictions that have brought many aspects of city life to a standstill are expected to last for weeks.

“In all of the modelling we’re looking at a minimum of several more weeks following the current measures, these must be followed aggressively,” she said.

With public restrictions likely to stay in effect into the summer months, city manager Jeff Jorgenson said the city will not be opening and public pools or spray pads until it has received direction from the province that it's safe to do so.

"On a moment's notice, if the province lifts restrictions, as soon as we're medically able to lift those restrictions, we will be ready (to open them up)," Jorgenson said.

While their work saves lives, he saves their ears

Using a 3D printer, a Saskatoon man is joining people across the country in making what are called “ear savers” for healthcare workers.

When healthcare workers wear masks for long periods of time with the straps behind their ears, the straps can cause discomfort and even bleeding.

“This was really something that just let me contribute in some small way,” said Ted Koskie, who is a lawyer by trade and does 3D printing as a hobby.

'I didn’t have anything to look forward to'

Saskatoon Grade 12 student Jordan Verbeek says the abrupt ending to high school due to the COVID-19 pandemic has left her with many questions as she prepares for an advanced university placement exam.

The exam, which would have given her a credit, has been scaled back.

“I’ve been spending hours to get ready for that three-hour intensive exam and especially just this past month being in school I was prepping a lot. Now we are told it is going to be reduced to a 45-minute exam online.” 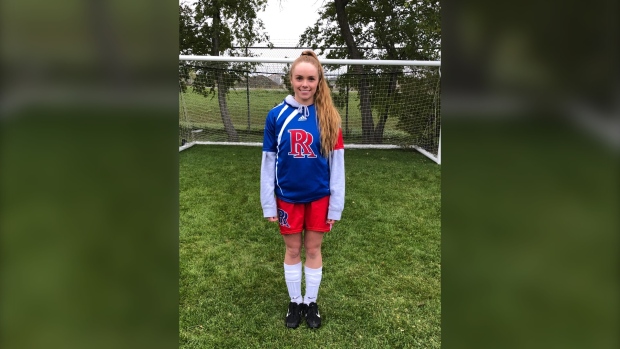 Lessons from a century-old pandemic

The Spanish influenza pandemic reached Prince Albert in October of 1918, not long after other large Canadian cities reported cases of it. A Prince Albert historian says there is much to learn from the century-old pandemic.

“I think when you look back at history and see how the people of Prince Albert came through Spanish influenza so very, very well. There's a lot of hope in it.” Fred Payton said.

In late March some members of Saskatoon’s Chinese community came together to provide some help for those working during the COVID-19 pandemic.

They began ordering surgical masks to donate to places around the city and so far they have given away more than 8,000 masks. Another 30,000 are on the way.

"We want everyone safe, we are all human. We need to fight COVID together." 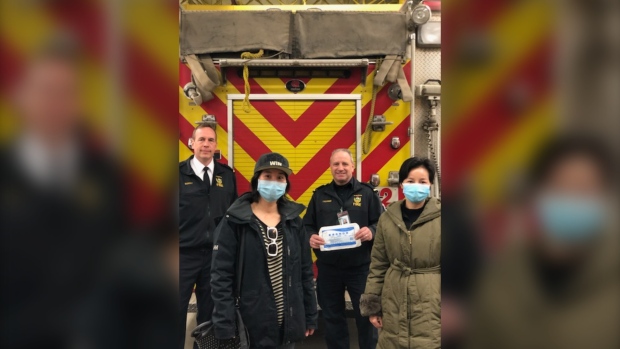 Bursaries for some post-secondary students affected by COVID-19

The province says it is dedicating $1.5 million to university and college students impacted by COVID-19.

The announcement comes from the Ministry of Advanced Education, funding will be provided to students considered at-risk with "limited financial resources and supports."

The province of Saskatchewan lost more than 20,000 jobs in March, according to new numbers released by Statistics Canada.

The largest losses were in part-time employment, the report shows.

About one in 10 Battleford area residents received food hampers in March, according to Food Banks of Saskatchewan.

On Wednesday, the Saskatchewan Health Authority (SHA) released its modelling estimates showing how COVID-19 might spread through the province.

While the SHA emphasized that these are projections and not predictions, its modelling shows that 153,000 to 408,000 people in the province could be infected by COVID-19.

The numbers illustrate the importance of flattening the curve to limit the number of cases the province's health care system would have to simultaneously grapple with at any one time.

As part of it's modelling, that SHA also is planning to have 1,500 beds on standby in Saskatoon in the event of a surge in acute patients.

COVID-19 patients will be housed in dedicated sections in the city's hospitals and if needed, at a field hospital being set up at Merlis Belsher Place.

As of April 8, the provincial government says there have been 271 confirmed cases of COVID-19 in Saskatchewan. Out of the 271 cases 165 are presently considered active.

Saskatoon's total number of cases sits at 135, the highest concentration of cases in the province. Of the city's 135 cases, 97 are considered active.