An outbreak in the northern Saskatchewan community of Hatchet Lake Dene Nation is linked to 109 cases of COVID-19, according to the Northern Inter-Tribal Health Authority’s (NITHA) medical health officer.

Dr. Nnamdi Ndubuka said the spike began at private gatherings where people weren’t following public health orders. But the outbreak wouldn’t have been so widespread with a higher vaccine rate, he said.

“This happened in just over a week, so that also adds to how severe the situation is currently,” said Ndubuka. 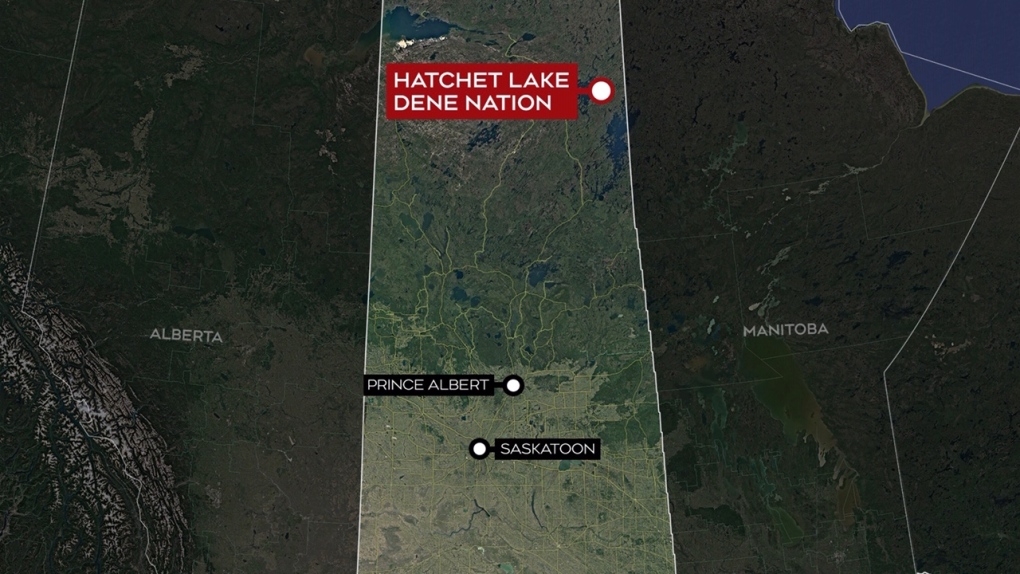 Ndubuka said about 21 per cent of cases linked to the outbreak are Variants of Concern, likely the Delta variant.

“It’s for those reasons that we are really calling on communities to be a bit cautious in not moving too fast in reopening,” he said.

The outbreak comes shortly before the Government of Saskatchewan is set to remove all COVID-19 restrictions on July 11.

“Changes to the provincial public health orders, including the removal of all restrictions on July 11, does not mean the pandemic is over,” reads the letter.

“Unvaccinated or partially vaccinated individuals, including young children, will be highly vulnerable to COVID-19 exposure as restrictions lift.”

Ndubuka said as of Monday, about 57 per cent of people 12 years old and over in Hatchet Lake have received their first dose.

The provincial government’s target for reopening was 70 per cent of people aged 12 and over across Saskatchewan receive their first dose. Ndubuka said although that’s the case in southern Saskatchewan, many communities in the north don’t meet that standard yet.

“Sadly, in many of our communities, there are mass graves where our grandfathers, grandmothers died because there was no vaccine. But now, we have that vaccine, we have that opportunity,” he said.

“We have that opportunity, I’ll say, to make our communities safe and to beat this pandemic – that’s the only way we can do it.”

Hardlotte said it can be difficult to maintain outbreaks because of overcrowding.

“We have a shortage of housing in our communities. As many as 15 people live in some of the homes,” he said.

Ndubuka said there is adequate supply of COVID-19 vaccines in northern Saskatchewan, but not enough demand.