CHL has no plans to change Memorial Cup bidding process 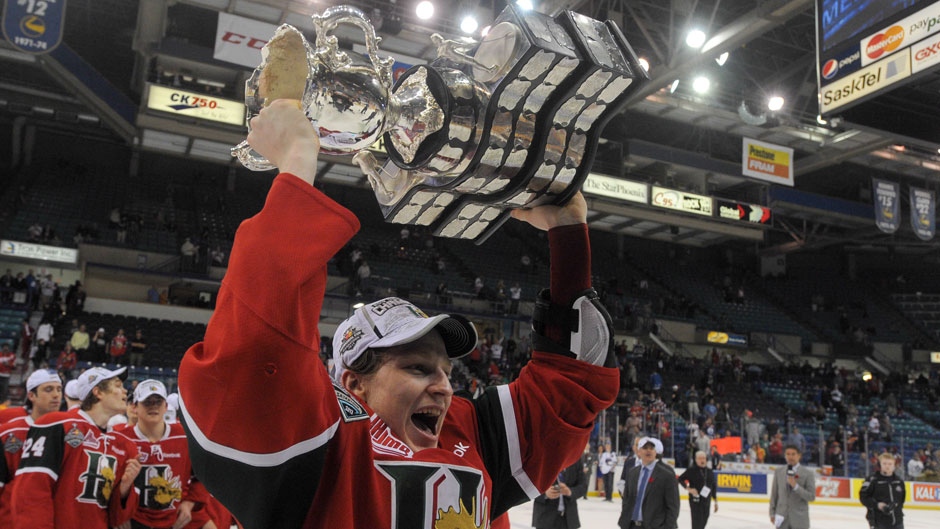 The president of Tourism Saskatoon is questioning the Memorial Cup bidding process, but the Canadian Hockey League says it has no plans to change how cities bid on the tournament.

The province of Saskatchewan alongside Saskatoon’s Credit Union Centre owe the Canadian Hockey League about $1 million after 2013 Memorial Cup earnings fell short of a $3.5 million guarantee the city made to the league.

Todd Brandt, president and CEO of Tourism Saskatoon, which supported Saskatoon’s bid to host the national junior championship, said bids for the tournament are becoming too high.

“The responsible thing is for the CHL to take a look at those bids coming out and make sure they are achievable,” Brandt said. “It can't just keep going higher and higher because every time then you are going to fall short of that, and it feels unsuccessful even though Memorial Cup was phenomenal for our city and our province.”

The Saskatoon-hosted tournament brought in the fourth-highest attendance total in championship history as 82,503 fans attended over nine games. The average attendance per game ranked fifth at 9,167.

CHL officials told CTV the league has no plans to change the bidding process and that it already has several cities in Western Canada interested in hosting future Memorial Cups.

Tim Gitzel, co-chair of the Saskatoon Memorial Cup host committee, said the tournament was worth the shortfall.

“Everybody put their cards on the table and said, 'Here's what we think we have to bid to get this tournament.' And so we bid that and we said if we didn't make the exact amount, then people are going to have to chip in,” he said. “This is just a normal process and, as I say, we'd do it again in the future.”

The Memorial Cup generated about $11 million in economic spinoff for Saskatoon, said Tim McMillan, the province’s tourism minister. The Saskatchewan government spent about $918,000 on the tournament — $668,000 to cover the shortfall and $250,000 renovating CUC prior to the event.

The remainder of the $1 million owed will come from CUC’s reserve fund.

“If the bid committee came to Tourism Saskatchewan and said, 'We would like to host a Memorial Cup. There's an upfront grant of about $900,000 to host a week-long event that has a national exposure, that brings a number of tourism and economic benefits to our province and to the city of Saskatoon,' would we consider an upfront grant, straight away of $900,000?" he said.

“Yes. It would certainly be within range of the types of events and at the grant amount that we would normally be looking at very seriously."

with files from the Canadian Press