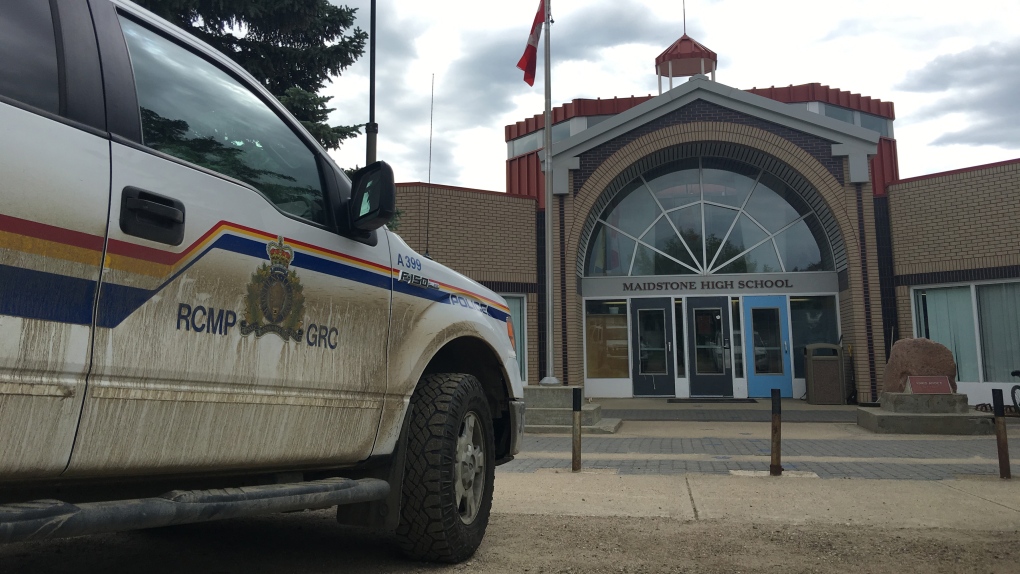 An RCMP vehicle sits in front of Maidstone High School on Tuesday, June 14, 2016. The school, and one other in the Saskatchewan community, were placed under hold-and-secures after an alleged threat. (Chelsey Jensen)

The youth was arrested at a home in the western Saskatchewan town after an alleged threat was made to Maidstone High School and Ratushniak Elementary School. He’s since been charged with uttering threats, mischief, public mischief, possession of a weapon for a dangerous purpose, and common nuisance, according to RCMP.

Police were notified about the threat at about 8:30 a.m. The hold-and-secures — which consisted of locking the buildings’ exterior doors — were lifted just after noon.

Students who were travelling to the schools by bus at the time of the alleged threat were diverted by police to a nearby parking lot and parents were notified.

Students who were already at the schools continued classes. No one was allowed to enter or leave the buildings during the hold-and-secures.

The boy cannot be named under the Youth Criminal Justice Act. He will remain in custody until a scheduled appearance Friday in Lloydminster Provincial Court.