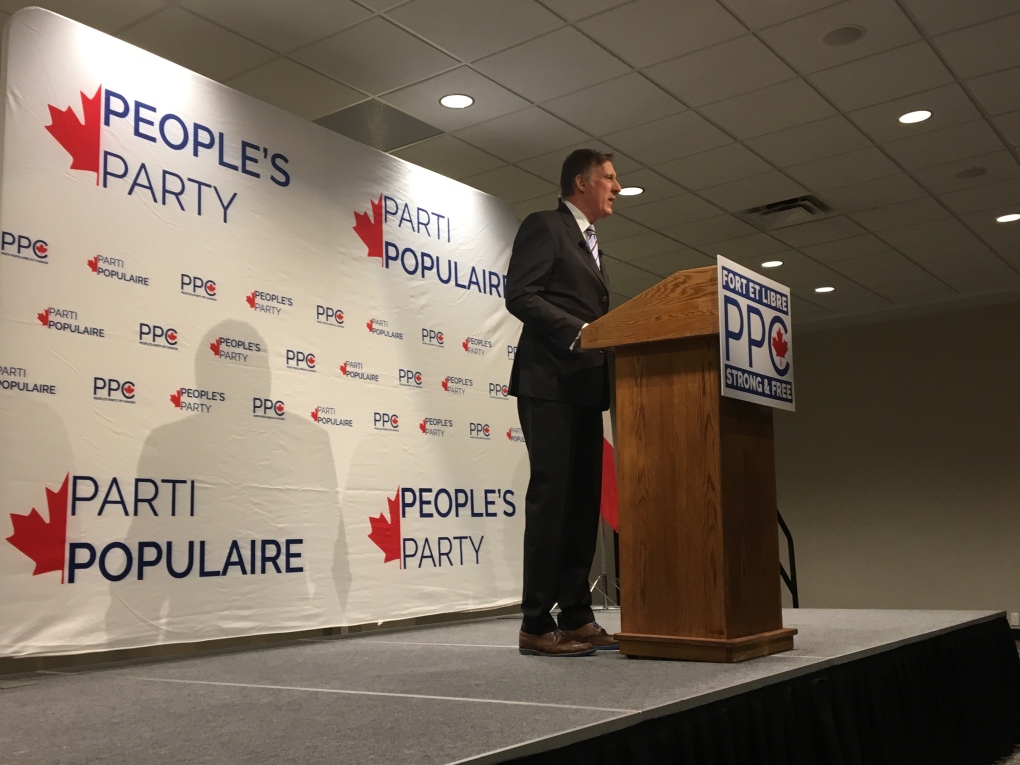 Maxime Bernier at a rally in Saskatoon

Maxime Bernier is making his pitch to voters in Saskatoon for his new People’s Party of Canada.

Speaking during a rally Thursday at the Ramada Hotel, Bernier talked about standing up for his principles of fiscal responsibility and ending corporate subsidies.

During the rally, Bernier spoke about various issues including privatizing Canada Post, getting pipelines built, and how bill C-69 would hinder the energy sector from developing new projects.

So far the party says it’s membership is growing and has 33,000 members nationwide and just under 1,100 in Saskatchewan.

Bernier says his party plans to run a candidate in every riding.

“Our party, we believe in strong, real conservative values and ideas based on western civilization values: individual freedom, personal responsibility, respect and fairness. So we want to speak about what we believe. It’s about convictions and I think it’s different than the other political parties because they try to please everybody.” Bernier said in an interview Thursday.

The Party’s platform includes scrapping the carbon tax, ending trade barriers between provinces, lowering income taxes and scale back the level of immigration to 250,000 per year, about 60,000 less than the liberals.

Earlier this fall, Bernier faced criticism over several tweets in which he said diversity should be celebrated, but also said “more diversity” will “destroy” what makes Canada great.

He responded by saying that while immigrants have helped build this country, and that “a strength of our country” is diversity, it’s time to look at what unites Canadians more.

In an interview Thursday, Bernier said he doesn’t mind being associated with the term “populism” as long as people refer to him as a “smart populist politician”

“I don’t want to appeal to the emotions of Canadians. I want to appeal to their intelligence. So we are serious. We have bold reform that needed to be done in this country to be sure to have a small government in Ottawa, a more free country and more prosperous country”.