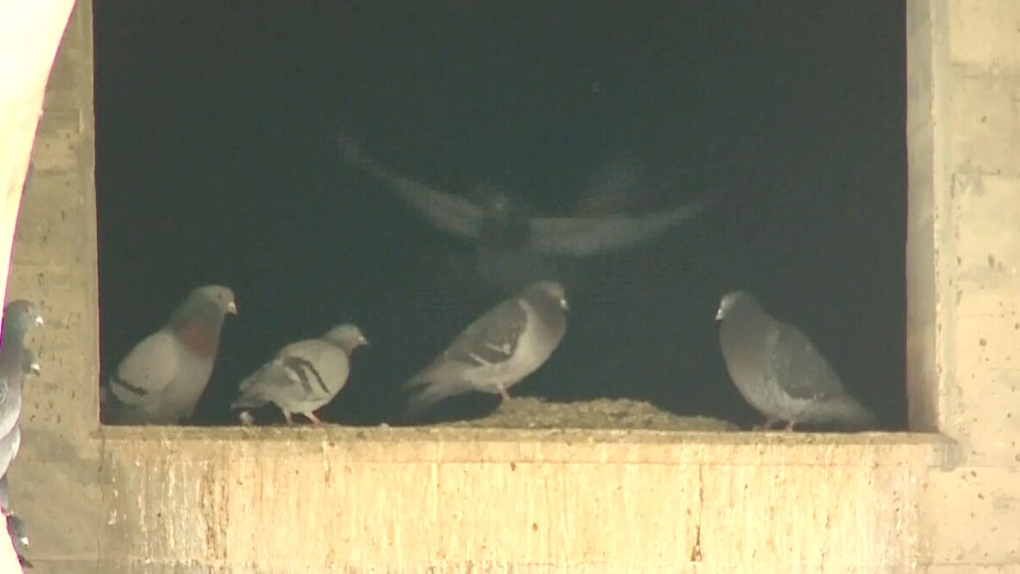 Construction crews have removed 635,000 kilograms of pigeon feces from the Sid Buckwold Bridge at a cost of $800,000, according to the City of Saskatoon.

The cost of the work is part of the bridge rehabilitation budget. In addition, about 2,300 pigeons were removed and euthanized, the city said in an update on the project.

The pigeons and as well as their droppings needed to be removed because the added weight could potentially compromise the structure of the bridge and also posed a health risk, the city said.

The city said the pigeons were humanely euthanized and barriers are now in place to prevent pigeons from roosting in the same areas again.

Bridge to open in fall

The bridge, now partially closed, remains on schedule to reopen to traffic at the end of October, acting engineering manager Todd Grabowski said during a media tour of the bridge Wednesday afternoon.

Crews have removed approximately 1,200 tonnes of asphalt from the southbound lanes. New concrete has been installed on the bridge deck, new barriers are being built and they are about to begin work on strengthening the bridge piers, he said.

In the spring of 2020, the northbound lanes heading into downtown, including the First Avenue ramp, will close and traffic will flip to the other side.

The bridge walkway will also closed for repairs, the installation of a taller barrier and work to widen the walkway, Grabowski said.