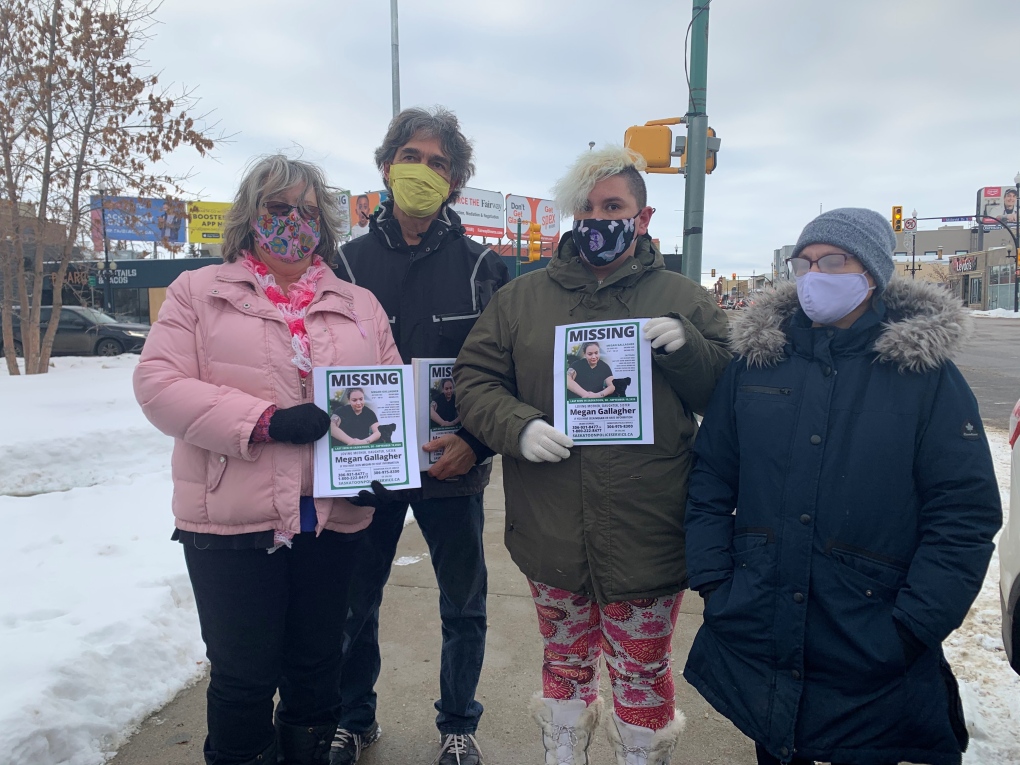 SASKATOON -- The family of a missing Saskatoon woman is seeking the public’s help to locate their loved one.

Her family has started an awareness campaign in hopes of uncovering information about Gallagher’s disappearance.

The campaign includes putting up posters along with a billboard that has been setup on Idylwyld Drive and 22nd Street.

Members of Gallagher’s family spoke to the media Tuesday afternoon and mentioned how Megan’s disappearance has affected their lives.

“Megan has not been in contact with family since September 16, 2020. It was reported that she was believed to have last been seen leaving a residence on Lloyd Crescent at approximately 2:30 p.m. on September 18, 2020,” the release said.

It added that there are concerns for her safety as she could be in a vulnerable state and it’s not like her to go this length of time without being in contact with family.

Megan is described as 5 feet 10 inches tall, weighing about 180 pounds. She has brown hair and brown eyes. She has a number of tattoos including a number 13 on her right hand and a large owl on her right arm.

Anyone with information on her whereabouts is asked to call police or Crime Stoppers.