'You support the community that supported you': Jim Yuel honoured as CTV’s Saskatoon Citizen of the Year 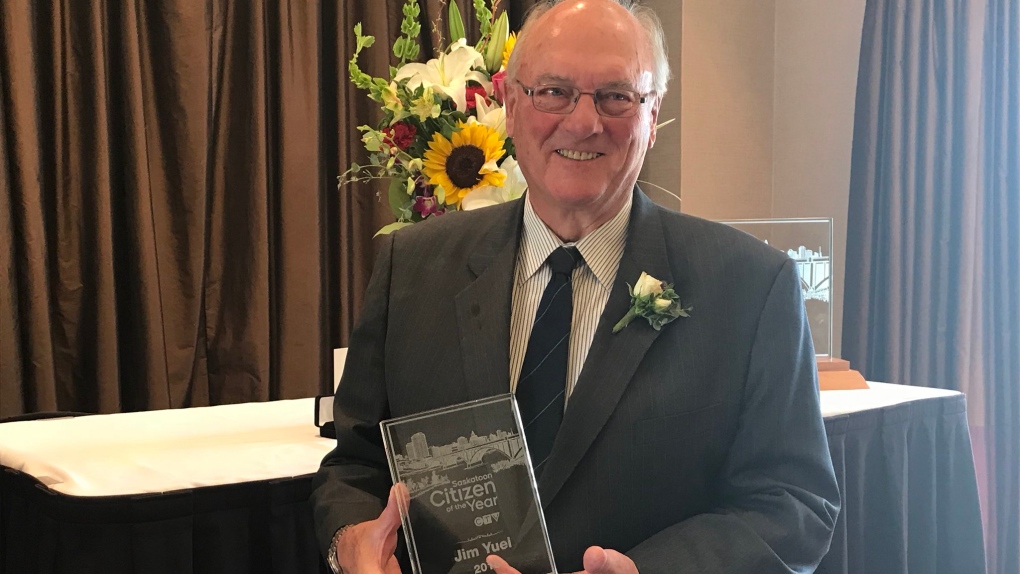 Jim Yuel is the 2018 Citizen of the Year presented by CTV. (Stephanie Villella/CTV Saskatoon)

Jim Yuel, a local volunteer, entrepreneur, and philanthropist was honoured for his many contributions to the community.

He was named as the 2018 Citizen of the Year presented by CTV.

“It’s an overwhelming honour and certainly nothing that I ever anticipated,” Yuel said.

He was a founding member of Saskatoon Regional and Economic Development Authority (SREDA), an organization dedicated to help strengthen local businesses and he founded PIC Investment Group Inc.

“We can talk a little bit about his business success, because that’s significant. But what I think is a bigger part of [Yuel] is what he’s done for the city, the giving back,” said Joe Moore, Yuel’s friend and nominator for the Citizen of the Year award.

The 2018 Saskatoon Citizen of the Year award was presented to Yuel on Thursday at a special luncheon, hosted by CTV’s Chantel Saunders and Sean Leslie, to honour him and thank him for his contributions.

“You support the community that supported you,” Yuel said.