'You don't even think': Saskatoon man and daughter help save woman and dog from river

SASKATOON -- For Glen Green, a routine walk with his dog turned into a rescue mission on Monday afternoon.

He was walking his dogs with his daughter, Alexandra, near the river south of Saskatoon when he heard a commotion in the water.

“I looked down and there she was,” said Green.

At first Green thought someone was calling for their dog. It turned out to be a woman in the water in distress, calling for help.

“I didn't know what was going on but I thought I better be safe than sorry. Thank goodness I did,” she said.

While Alexandra was on the phone with emergency crews, Green worked to get the woman, who had gone in after her dog, out of the water and onto the ice where they waited for emergency responders from Saskatoon to arrive.

“The initial thought was you go and help. You don't even think. I mean it was just like, someone’s calling for help. You go and you help,” said Green.

Green says the woman, Leah Grigg, helped push her dog, Abby, out of the water and onto the shore before climbing onto the ice shelf herself. 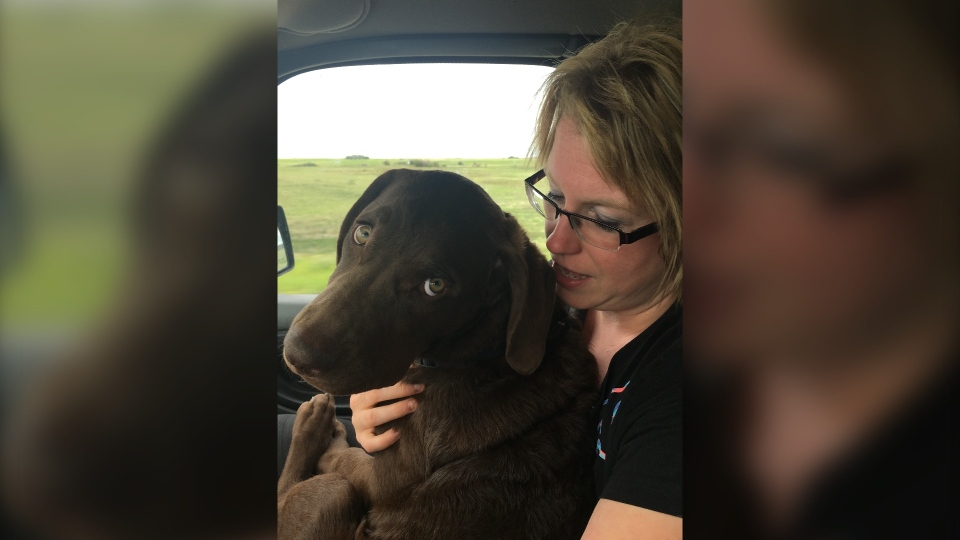 Grigg’s partner Heather Jamison says Grigg regularly walks their dog along the river. On this day, the dog got away on the ice and fell through.

Green called Jamison to tell her what had happened.

“I’ve never jumped so fast in my life. I left my house with no socks on and pyjamas, put my feet in boots and drove as fast as I could here,” said Jamison.

Jamison says Grigg turned away from her dog for a second and heard the dog fall through the water. Without thinking, she followed the dog in to try and save it, which then caused Grigg to fall though and drift down the river.

With only a handful of days with below-zero temperatures, the ice on the river remains extremely thin. The Saskatoon Fire Department is warning people about the dangers posed this time of year.

“We’re still early in the season, there’s still lots of ice growth on the river to come yet,” said Assistant Chief Wayne Rodger.

The Saskatoon Fire Department is urging people to stay off the ice, as it is dangerous and unpredictable.

Rodger says if a dog goes into the water odds are it can find a way out on its own. If it can’t, you should call the fire department which has trained professionals to help.

As for Grigg, her partner says she is in hospital in stable condition and that the dog is doing well.

Glen Green says despite the ordeal, he is happy he could help but says anyone would have done it if they were in his situation.

“(Leah is) so brave, so strong I have all kinds of admiration for her saving her dog,” said Green.