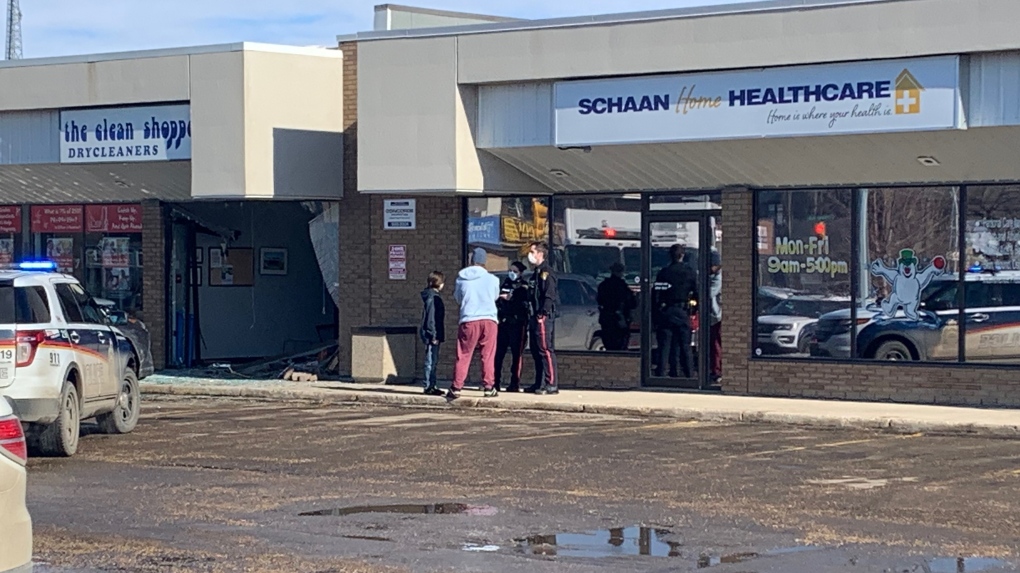 SASKATOON -- A woman was seriously injured after a van crashed into a business in the city's Sutherland neighbourhood Tuesday afternoon.

Around 12:20 p.m. police responded to a single-vehicle crash after a minivan drove directly into a storefront in the 700 block of Central Avenue, according to a Saskatoon Police Service (SPS) news release.

Two women who were inside the business were injured, according to police.

A 32-year-old woman, who was a customer, was taken to hospital for treatment of life-threatening injuries.

A 31-year-old man who was driving the van and a 10-year-old passenger were not injured, police said.

The crash is under investigation by police.