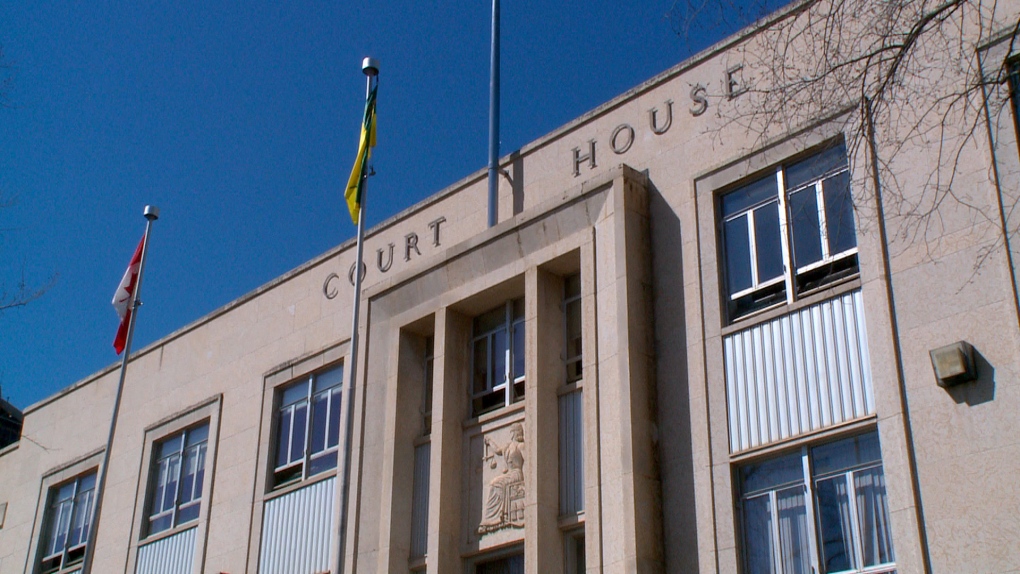 A woman was escorted from a Saskatoon courtroom Wednesday after throwing a shoe and yelling an obscenity at accused killer Douglas Hales.

She screamed at Hales, saying he killed her niece and that she hated him, as court heard a recorded conversation between Hales and an undercover police officer.

Hales is accused of first-degree murder in the death of 26-year-old Daleen Bosse. Bosse was last seen at Jax Nightclub on May 18, 2004. Her remains were found north of Saskatoon in 2008.

Hales’ voice could be heard on the tape saying he once killed a woman, that she deserved it and that he wasn’t sorry.

The audio was clearly difficult for all members of Bosse’s family to hear. Bosse’s mother walked out of the room as the audio played and tears could be heard in the room.

Bosse’s aunt threw the shoe and yelled at Hales as he talked on tape about beating the woman.

She was quickly removed from the courtroom by the sheriff before a short break was called.

The interruption was the second time the audio tape was stopped.

The undercover officer on the witness stand interrupted the tape about 10 minutes before Bosse’s aunt was removed. He said he was trying to follow along but that Hales was making threatening gestures towards him.

The officer was the main undercover operator in the “Mr. Big” sting, which was first introduced to court last week.

The sting, organized by undercover RCMP officers investigating Bosse’s disappearance, was set up to convince Hales he was being recruited into a national crime syndicate. The sting was capped off at a meeting between Hales and a fictional crime boss at Radisson Hotel in August 2008.

An officer said last week it was at this meeting Hales admitted to the murder and told them the location of Bosse’s body.