The leader of Saskatchewan's opposition says his four-year-old son's bout of COVID-19 resulted in a trip to the emergency room.

"It's frustrating we continue to see rampant spread in our schools where little kids like Gus have no protection."

Meili, who is a family physician, shared an update Monday evening saying he had spent the day in the pediatric emergency room with his son.

"Spent the day in Peds ER with Gus (4), COVID day 5. He'd been improving, but woke up crying in pain today," Meili tweeted.

In a follow-up tweet, Meili said he was confident his son would be fine.

However, he expressed frustration at those that say COVID-19 is a "mild cold" in children or that it doesn't spread in schools or it isn't brought home to families, making others sick.

The NDP leader's wife, Mahli Brindamour, is a pediatrician.

"We brought him to the emergency department and he had a complication of COVID that's called viralmyositis — which is basically an inflammation of the muscles that gives a lot of pain and that can also be dangerous for the kidneys," she told CTV News on Tuesday.

She said Gus is back at home, still dressed as Spider-Man, but feeling better. 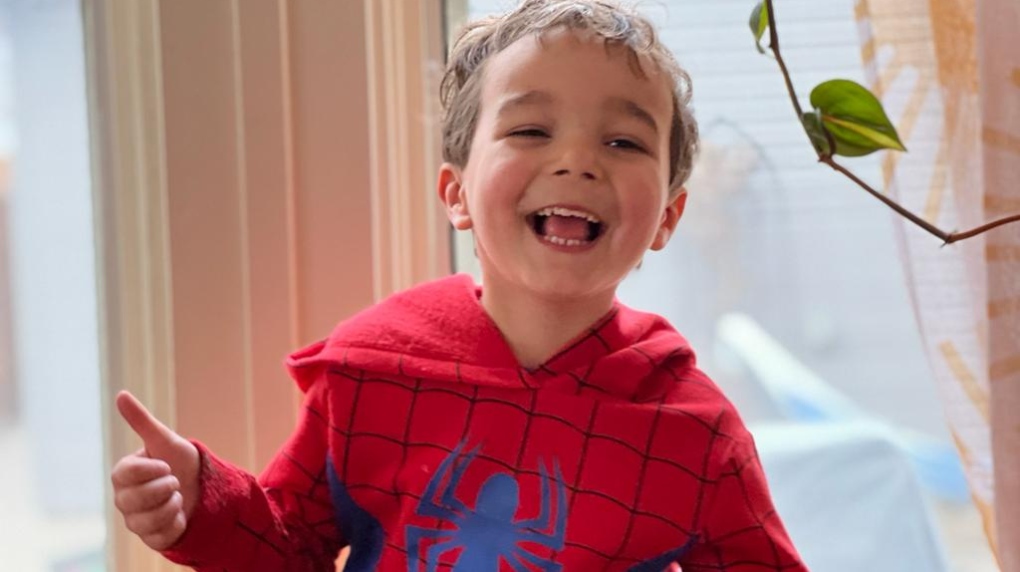 “He’s back to himself, thankfully.”

Brindamour said it’s important to dispel the myth that kids don’t get seriously sick from COVID-19.

Brindamour is calling for mandatory masking and a wants to see the return of daily COVID-19 updates, to protect kids too young to be vaccinated.

“There are things that we can do to prevent children from getting sick and getting sicker. We can have masks in school — this is a simple, effective measure.”

"So you have more kids needing hospitalization,or having complications, not because it is a more virulent strain of the virus. It's just that there are more kids who are infected," Rubin said.

"Of the huge numbers of kids who are infected don't see complications that commonly although it can happen."