With new slogan, Humboldt hopes to signal it's moving forward after tragedy 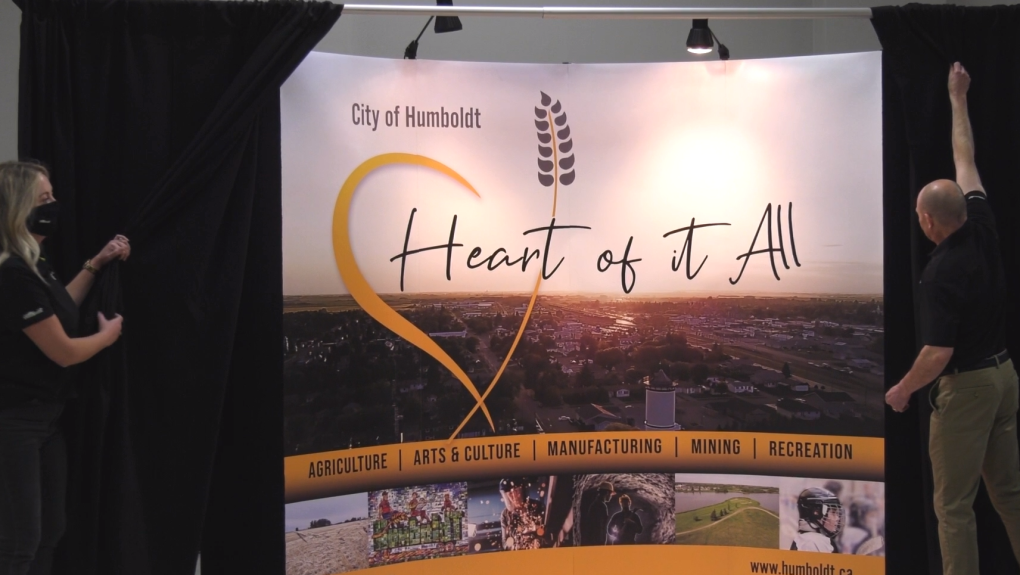 HUMBOLDT -- The City of Humboldt revealed their rebranding on Monday, hoping to signal that while the Broncos tragedy will always be party of its story — the community is also moving forward.

“It’s something that we’ve been diligently working on and having input from the community, and now this is what we’ve presented today.” Humboldt Mayor Rob Muench told CTV News.

The new slogan, “Heart Of It All” was chosen after reaching out to people in the community, with a common theme to many of the suggestions.

“A lot of people kept sending us things because we opened it up. The one word that continued to come out over and over again was heart, and we used that as the focal point of describing who we are in the City of Humboldt.” city councillor Lorne Pratchler said.

The city has been working on its rebranding project for around 15 months, and decided on agriculture, arts and culture, manufacturing, mining, and recreation as the different parts of Humboldt it wanted represented.

“It was too hard to choose one,” Pratchler said.

“In order for us to really capture who we are we needed to identify those as the building blocks.”

Pratchler said the rebranding comes as an opportunity for the city to show the recovery its made since the tragic Humboldt Broncos bus crash.

“(Rebranding) actually became an exercise, a very positive exercise lifting us from of the state we were in,” Pratchler said.

“A lot of people have asked me when I travel ‘How’s Humboldt doing?’ We want to let people know that Humboldt is healing, Humboldt is moving forward and this brand is a sign that we are ready to start presenting ourselves back into the world.”