SASKATOON -- The owner of a house built in 1911 hopes someone will want to own a piece of history.

Lorne Green and his wife moved to Prince Albert from British Columbia in 2004 to realize their dream of buying a character home.

“(We) always wanted a character home. And in the Fraser Valley they were like $3 – 4 million dollars at the time, they are more now.”

Green he’s older now and it’s time for him to downsize from the large house located in the 300 block of 14th Street West. He hopes the recent boost in real estate sales will help his property sell.

“I just fell in love with the place. And I still do, and I hate to have to sell. I don’t need all those stairs anymore,” said Green.

Quartersawn oak trim, stained glass windows, wood fireplace, built-in china cabinets and radiators are some of the architectural features preserved in the home that attracted the Greens to the property. 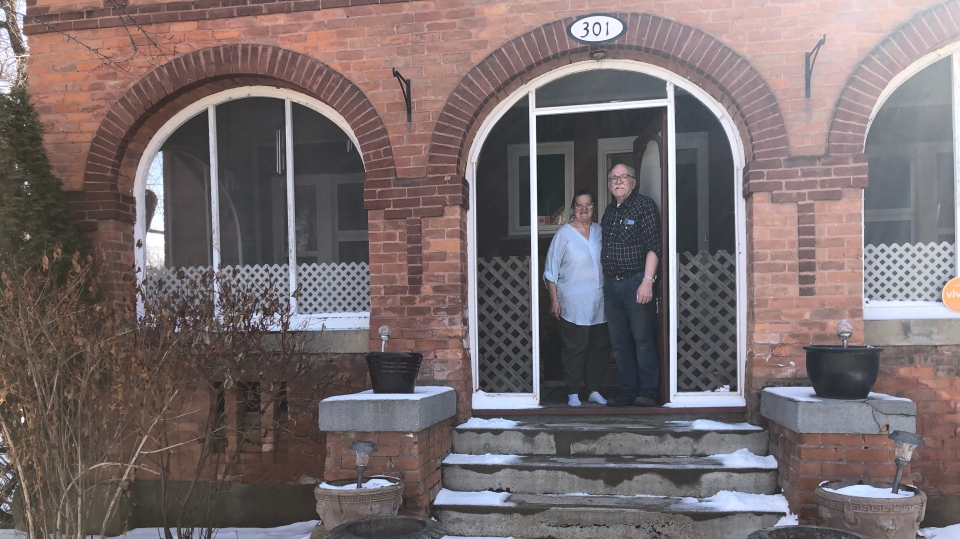 The six-bedroom home is 5,000 square feet on three floors and also has a full basement with windows.

The property received a heritage award from the City of Prince Albert for restoration and preservation. It was once a home for Catholic nuns and unwed mothers.

Green's house has been for sale for about five years. He hopes people looking for space will consider his property.

“There’s a market, but only to people who have that desire and it’s very limited,” Green said.

Honch says there are advantages for buyers of heritage homes such as mature neighbourhoods and lots of space for home offices, music rooms, home gyms and playrooms.

She says Prince Albert's historical homes are considerably cheaper to buy than in larger Canadian cities.

“The prices on historical homes are a little bit less than you'll find in a lot of other neighbourhoods and even in a lot of other communities. So in Saskatoon, for instance, looking at their heritage properties, they are about $50,000 at least over our average price here in Prince Albert,” said Honch.

The past president of the Heritage Preservation Society in New Westminster B.C. Maureen Arvanitidis says some of the reasons people choose heritage homes include the ambiance, the hand-milled lumber and craftsmanship.

“I think people like to feel that they become part of the history of the house and they are hopefully saving an old house from the landfill,” Arvanitidis said. “They’re also healthier too. They're not made out of particle board or lots of things that give off toxic fumes so it’s especially appealing to people with young children.”

She says houses in the Queen's Park neighbourhood in New Westminster, currently cost about $1 – 2.5 million and that Saskatchewan character homes are a good price.

“I think there are lots of people who are priced out of housing,” said Arvanitidis.

Green says he spent about $80,000 renovating and the home. He restored the oak wood door trims and crown mouldings. He added insulation, a high-efficiency boiler, a few new windows and fiber optic service line for internet.

“I think our electricity and natural gas bills are in line with new homes,” said Green.