WATROUS -- In January of 2016, Chad Mierau experienced a tragedy that’s hard for most people to fathom.

“Quite often we hear the phrase ‘moving on’ when you’re working through grief,” Mierau says while sitting in the sunshine outside his home in Watrous. “I just don’t believe that is something that ever happens.”

“I think you figure out a way to move forward rather than moving on.”

Speaking publicly about his experience, and the terrible toll impaired driving can take, is one way Mierau chose to move forward after the crash.

After seeing how his story connected with audiences, he’s now trying to share his knowledge and experience more widely by writing a book.

“I’d be doing a disservice to people if I didn’t share.” 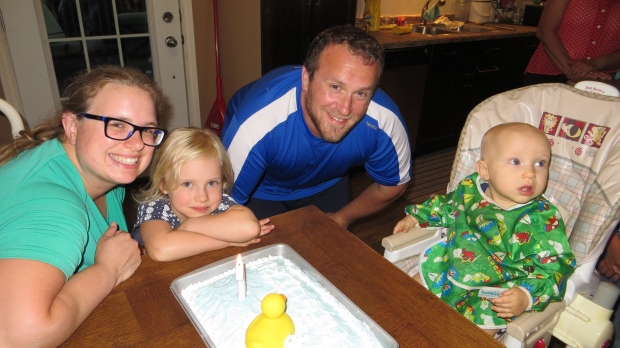 Another way Mierau has moved forward is by reaching out to Catherine Mckay, the impaired driver who ran through a stop sign that January night in her SUV.

Mckay’s blood-alcohol level was three times the legal limit at the time of the crash. She was sentenced to 10 years after pleading guilty for four counts of impaired driving causing death.

Mierau says he’s forgiven Mckay and it upsets him when he hears of the backlash her children faced in the aftermath of the crash.

“I realized about a year and a half or two years ago that Catherine’s family are hurting too, they’re victims as well.”

In the years since the crash, Mierau says he’s opened up communication with Mckay’s family and even sent a letter directly to her in the Okimaw Ohci Healing Lodge, where she’s currently serving her sentence.

Mierau says one of Mckay’s children told him after reading the letter, Mckay said she is willing to communicate with him.

He hopes to have Mckay involved with the book he’s working on but is still trying to figure out how the collaboration might work.

“Two families, two different stories, to bring out a super powerful message about drinking and driving."

Mierau is working to have his book finished next spring, in time for a MADD conference where he plans to launch it.