Why auto insurance may get cheaper in Sask. 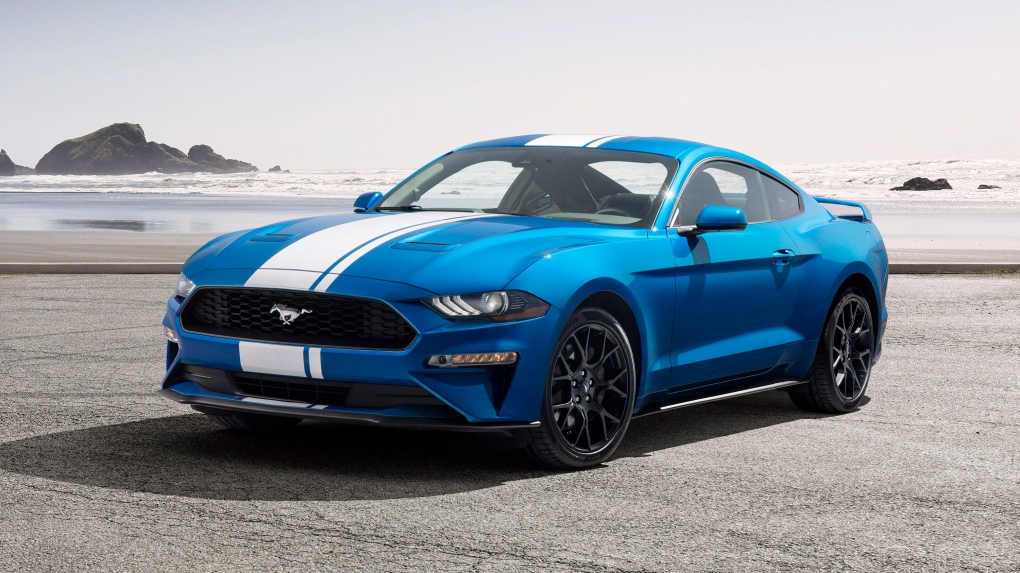 This undated photo provided by Ford shows a 2019 Ford Mustang. This entry-level Mustang also comes standard with a surprising amount of racy hardware, including a limited-slip rear differential for improved traction and an electronic line-lock to facilitate burnouts. (Ford via AP)
SASKATOON -

Vehicle owners in Saskatchewan could soon see some relief on their insurance bills.

The Saskatchewan Rate Review Panel has recommended the provincial government approve a decrease in rates, according to a news release.

This will lead to an overall estimated reduction of 1.3 per cent, although individual customer rates will vary depending on several factors including vehicle classes.

The panel had originally proposed a revenue neutral rate change but revised its recommendations after reviewing the application and public input and receiving updated financial information.

The panel also recommended that the proposed 15 per cent cap for base premiums greater than $1,000 be reduced to 10 per cent and that a scaled cap with reductions ranging from $25-$100 be implemented for base premiums up to $1,000.

Those moves are slated to be paid for out of the Rate Stabilization Reserve. The reserve is held on behalf of Saskatchewan’s motoring public and is intended to protect motorists from rate increases made necessary by unexpected events and losses arising from catastrophic events.

This year SGI paid out $285 million in one-time rebates to customers, saying reserve had more money than it needed.

A final decision on the changes will be made by Cabinet.

The Saskatchewan Rate Review Panel advises the Government of Saskatchewan on rate applications proposed by SaskEnergy, SaskPower and the SGI Auto Fund.