While heading back to station from another call, firefighters help driver after rollover 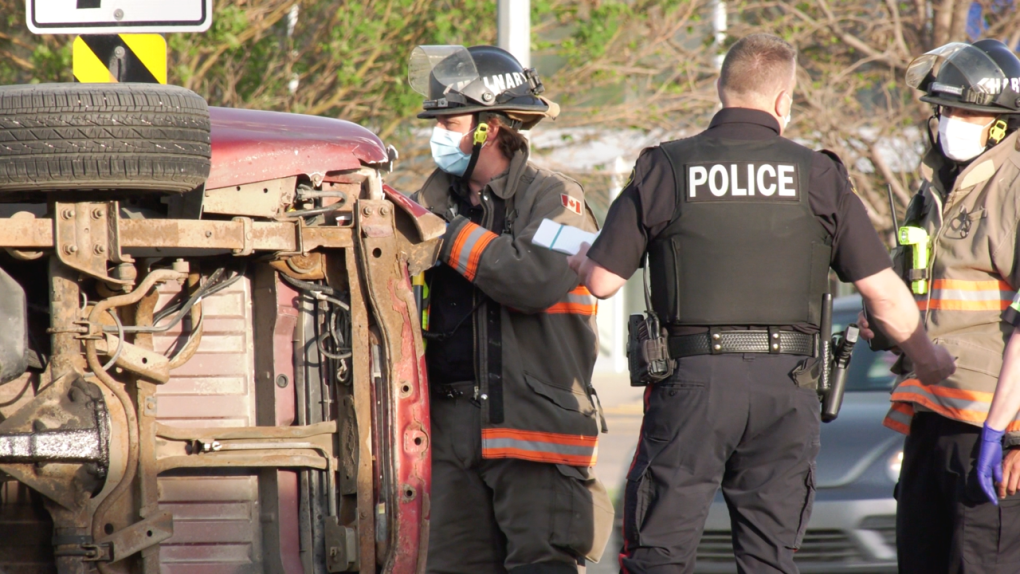 SASKATOON -- While returning to the station following a call, Saskatoon firefighters were able to help a driver in a rolled over vehicle.

At 7:18 p.m. Sunday, a two-vehicle crash was reported at the intersection of 20th Street and Idylwyld Drive.

A engine company heading back to the station from another call managed to get to the scene just a minute later, the department said in a news release.

The fire crew helped the driver out of the vehicle. No cutting tools were required.

A tow truck righted the vehicle and removed it from the scene. There were minor injuries as a result of the crash, the department said.

The engine company returned to the station by 8:02 p.m., according to  the department.