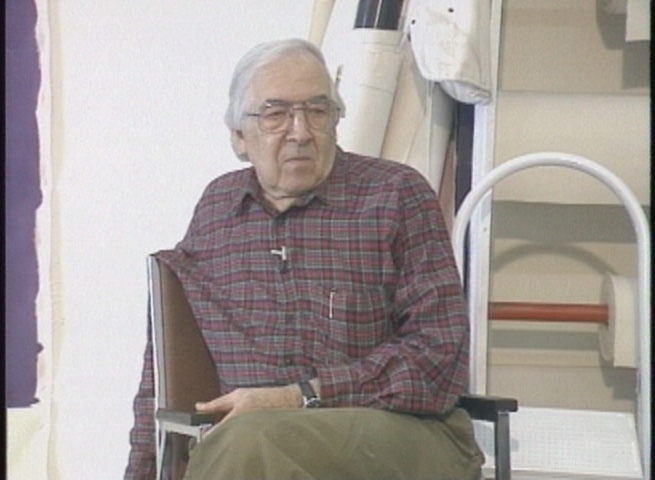 Well known Saskatchewan artist William Perehudoff has died at the age of 94. His death was announced on Tuesday by his daughter, Carol Perehudoff, on her blog.

During his lifetime Perehudoff received a number of awards. He was a member of the Order of Canada, and the Saskatchewan Order of Merit, as well as the Queen’s Diamond Jubilee Medal. His paintings have been seen in exhibitions across the globe, in New York, London, and Montreal, among others.

But success did not come easily to Perehudoff. In a 1994 interview with CTV, he recalled he sold his first painting in 1945 for five dollars. “I think the first piece of art I sold was to Mr. Mendel,” (founder of Intercontinental Packers in Saskatoon), he said. “It was cows in a cow barn – a little water color.” He was 26 years old at the time.

While his passion was art, Perehudoff worked a day job in Saskatoon for years, and also on the family farm.

Perehudoff was born in 1919, the son of Russian immigrants. He told CTV he struggled as a young child to learn English, and credits his grandfather for helping to kindle his interest in art. “My grandfather used to talk about the Greek stone cutters,” he told CTV. “He was always very excited about it – maybe that whetted my interest in art.”

While he started painting realistically, eventually he moved into abstract art.