'We've been rudderless for too many years': Cary Tarasoff becomes fourth mayoral candidate in Saskatoon 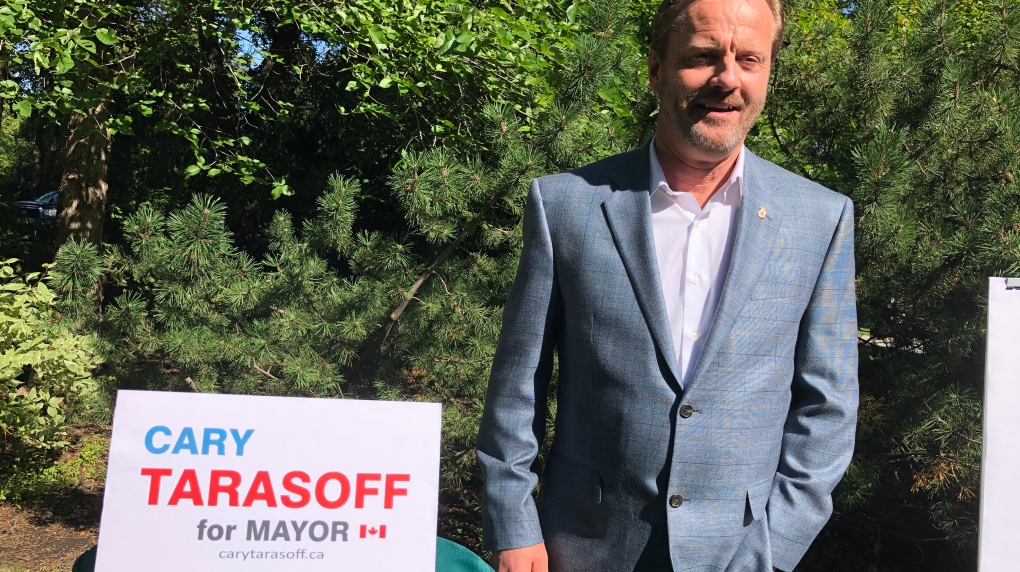 SASKATOON -- Cary Tarasoff believes there needs to be a change in how the city of Saskatoon operates and announced Friday morning he wants to be the next mayor.

“If there was a real viable candidate that I felt good about, I wouldn't be standing here,” he said.

“I can't take it anymore. I think that we've been rudderless for too many years and I think that if they won't step up and do the job, then I will.”

This will be his first time entering politics. He has no prior political affiliation, with a background in the Canadian Forces including the HMCS Unicorn in Saskatoon, as well as architecture and mining, and a bachelor of science in physical geography - “cartography and urban planning.”

Tarasoff says his main priority is a change in allocation of funding and development, saying in a release that “too often our City gets lost in endless grand visions while missing decades of simple improvements that hold the chance to greatly improve city life for businesses and citizens alike.” He pointed to things like maintaining sidewalks where there’s heavy foot traffic.

“I think that it's a change in thinking, I think that the city wants to be the land developer too much, and when they get into a situation where they're not looking out for the best interests of the people in that development, because they're the seller of the property.”

He said Clark’s recommendation of wearing masks in public, while wearing a mask with a campaign slogan on it, to be “really rude.”

Tarasoff also questioned the experience of Norris, saying “his previous experience being in provincial politics doesn't mean he's automatically qualified to be on City Council, or know an awful lot about city development.”

Tarasoff’s stance on a safe consumption site in Saskatoon:

“I think that safe consumption sites have a place in a city,” he said. “I think that they need to be run a certain way, so that they don't congregate a whole bunch of bad activity around them. That's my worry.”

Tarasoff points to the Lighthouse in downtown Saskatoon as an organization that “tried to do a very good thing” but “is starting to be a congregation point for a whole bunch of people with similar issues, and it’s starting to spread.

“We need to take care of them. And we should have at least the caring to want to try to help them properly. And not just discard them, and will because when you discard these people. They just turn into, you know, another statistic. And I don't want that.”

Zubair Sheikh is the other candidate so far.

On mandating people wear masks in public during the pandemic:

“It should be based on science, not just somebody, deciding on any one thing,” Tarasoff said. “The health experts would have to say, ‘The conditions that were safer before for people not to have to wear them within certain distance have changed. We need to go back to it.’ Yeah, then I would enforce it right away.”

On the issue of police reform:

“I don't believe in some sort of blanket defending a police,” he said. “I believe that the police force needs to have a little bit more focus given, above about some things, yes. But I also believe that people are really ready to be combative with police, and that accelerates too many situations.”