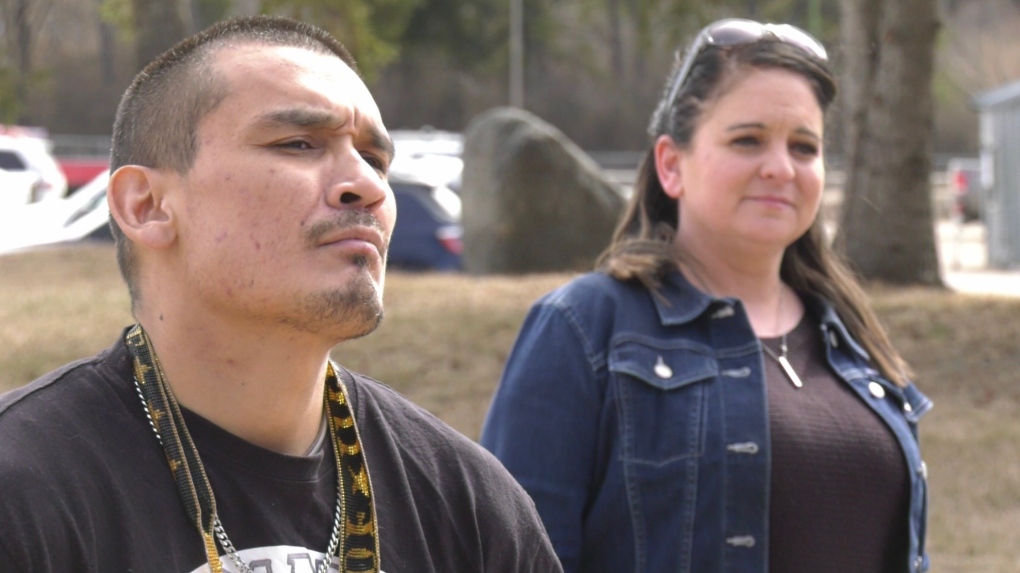 PRINCE ALBERT -- A small group gathered outside of Pine Grove Correctional Centre on Tuesday to show support for inmates on hunger strike.

Pine Grove, located in Prince Albert, is the only correctional facility for women in Saskatchewan.

The demonstration was organized by Cory Cardinal, who founded the advocacy group Inmates 4 Humane Conditions, and Sherri Maier of Beyond Prison Walls Canada.

Cardinal has continued to advocate for inmates behind bars at the Saskatoon Correctional Centre. He was released last week.

The Ministry of Corrections, Policing and Public Safety said three inmates at Pine Grove were refusing food on Tuesday. When speaking to CTV News last week, Alexis Maurice said she was one of six inmates on her unit not eating.

Maurice said she’s protesting against a lack of access to proper health care and hygiene, mistreatment from staff and not following up on complaints from inmates.

“COVID should not be an excuse to forget we are in here,” she said.

“We are struggling mentally, physically, emotionally and spiritually.”

In an emailed statement, the ministry said inmates have access to physical and mental health services and staff can facilitate these services virtually if needed. The statement said inmates can also access cultural services, such as elders and chaplains, for free.

“Staff at Pine Grove Correctional Centre are actively working with the inmates to address their concerns. It is our understanding that the concerns that are being raised are very broad, and that many of them are related to court and justice system restrictions that have been put in place due to the pandemic,” said the ministry.

It added that inmates should follow the complaints process under The Correctional Services Act if they have any concerns. Alternatively, they can raise concerns with the ombudsman.

“I consider myself a little bit more persistent than others and I’ve even had a hard time trying to make my way through the internal complaint process,” said Cardinal. “It’s way too long and drawn out and even if it gets where it’s supposed to go, they rarely even do anything.”

“Somebody needs to do something with what’s going on inside there,” added Maier.

“They (the government) need to do something and act now.”

She said most women in Pine Grove have likely been “degraded and abused at some level” and many have lost their children to the foster care system. They can’t recover if they’re incarcerated, she said.

"I think there's the idea that these are dangerous people and they need to be behind these bars. If there's actually some interaction between just regular people and the people that are here, they would see that it's really not necessary and it's counterproductive,” said Hopkins.

In February, the province requested a review into the death of Kimberly Squirrel, who was found frozen to death in Saskatoon three days after being released from Pine Grove. The ministry said staff escorted Squirrel to a bus after her release, but that programming for inmates on remand is limited because they’re in custody for an indeterminate length of time.