'We’re throwing everything we have at this': Saskatoon’s storm cleanup could cost $10 - 15 million 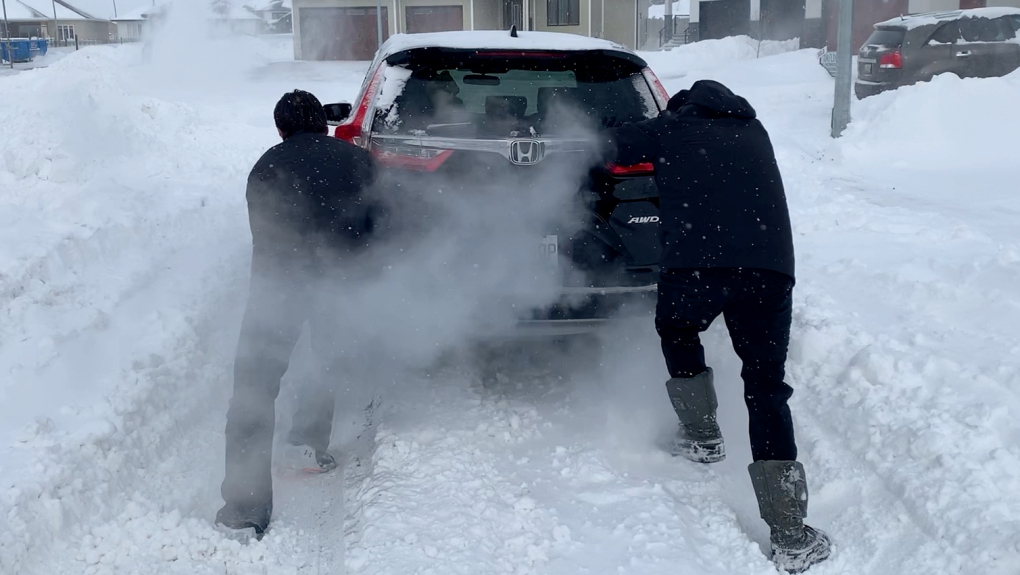 SASKATOON -- Since the City of Saskatoon began its aggressive plan to tackle snow on all residential streets, snow-clearing crews continue to work 24 hours a day, hitting as many neighbourhoods as possible.

Schmidt said the city is frequently updating the snow-clearing schedule on the city’s website and encourages residents to keep checking the schedule for the latest information.

With swift progress being made on the clearing front, the city said it expects every residential street to be complete ahead of the original timeline of Nov. 20.

“We’re throwing everything we have at this,” Schmidt said, adding snow-removal crews are working to clear snow piles in 100 school zones in Saskatoon. Saskatoon Transit services have also been restored.

City manager Jeff Jorgenson said once every residential street has been cleared, the city will move in and begin the snow-removal operation, which he said expects to take many more weeks.

“The push of this effort is to get as many streets plowed as we possibly can, as quickly as we can because that’s what people need,” Jorgenson said.

Jorgenson said it’s too early to know the real impact to the snow budget.

However, he said previous estimates fall in the range of $10 to $15 million.

“That depends on the number of truck-loads and the volume of snow that is removed in the end,” he said.