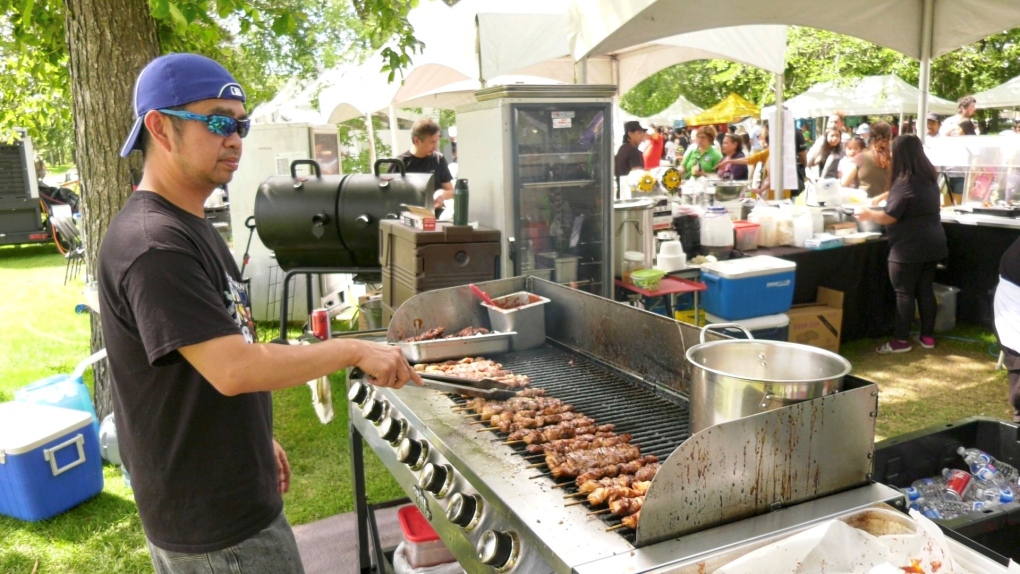 When Chris Rod and other fellow organizers first met three years ago to discuss what would become The Saskatchewan Filipino Music and Food Street Fest, he never imagined what he saw all weekend at Kiwanis Memorial Park.

Organizers envisioned hundreds of attendees showing up for the three-day festival, not the thousands that danced to music, clapped along to performances and ate meal after meal from some of the many vendors.

Last year, the festival lasted two days downtown, and shutdown part of 23rd Street. This year’s festival took over Kiwanis Park with up to 10 times as many people as originally estimated in attendance.

On Saturday, nearly every vendor sold out of food because of the foot traffic.

Toni Chin, the president of the Saskatoon Association of Filipino Entrepreneurs, had trouble grasping how much food was being served.

“Maybe a tonne of meat a day,” he said. “For us, we have served a tonne and a half of meat for the three days and we’re still running out. It’s amazing.”

As excited as Chin was with the turnout and the affect it was having on his business Flor's Filipino Specialty Catering Service, he admitted he was equally exhausted.

“This celebration and festival has been absolutely terrific, (but) at the same time gruesome because of the preparation,” Chin said.

Now of course the music and dancing was featured heavily in the festival, but the main star was the food. Between the pork and chicken adobo, stir-fried noodles, spring rolls and heaps of rice, Rod couldn’t list a favourite. But he said no Filipino festival is complete without a pig roast.

“That is the traditional food that everybody enjoys when we have festivals,” Rod said.

“It wouldn’t be the same without the pig roast and without the fire,” Chin said. “It’s what makes it more festive.”

While both Rod and Chin were already scheming on how to make next year’s festival even better, they were overjoyed to see dozens of distinct cultures from the Philippines come together for three days of non-stop fun and entertainment.

“Everybody just comes together, drops all those kind of disagreements and all that but then comes together for the food and music festival,” Rod said.

“That's the one memory that we all will always cherish.”

Quebec's major party leaders are making one final appeal to voters ahead of Monday's provincial election. Polls are open from 9:30 a.m. to 8 p.m. Eastern time Monday. During that time, Quebecers will endorse or condemn their leaders' conduct during major language law overhauls, existential questions on provincial identity, and of course, the pandemic.

Ambassador Bridge on the Canadian side closed Sunday evening

Brazil's top two presidential candidates will face each other in a runoff vote after neither got enough support to win outright Sunday in an election to decide if the country returns a leftist to the helm of the world's fourth-largest democracy or keeps the far-right incumbent in office..