'We’re not playing to our full potential': Saskatoon Hilltops hope to turn things around after rare back-to-back losses 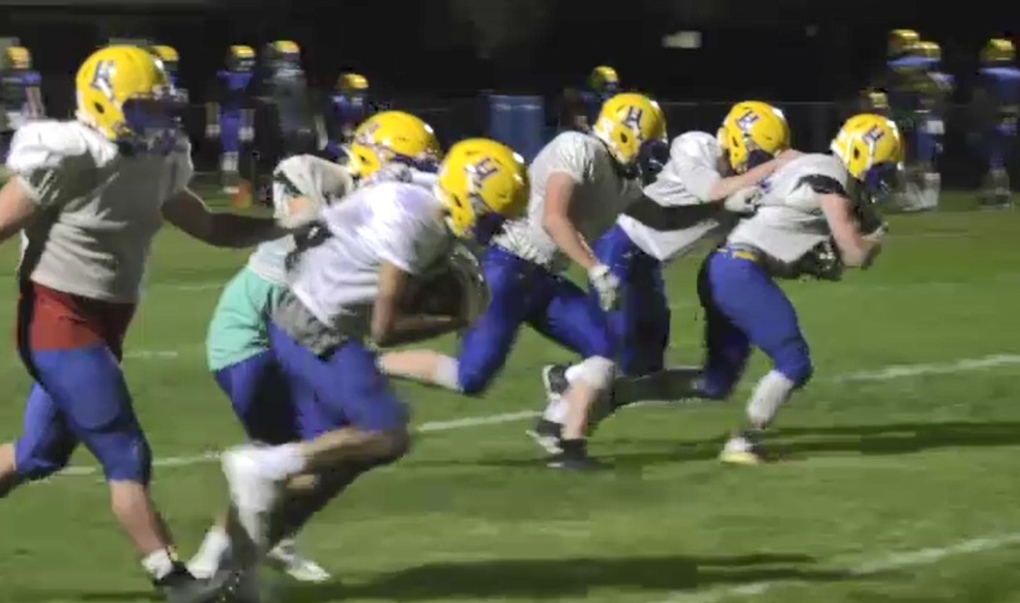 Despite losing back to back games, Saskatoon Hilltops head coach Tom Sargeant said it’s no time to panic.

"You know what, this is old hat, we've been here many times before,” Sargeant said as the team began practicing Tuesday night.

You have to dig back many years to find the last time the Hilltops were on the practice field after two straight losses.

"Following them after high school, I haven't seen them losing three games, let alone even two games in a row. So this is pretty big, but it's a good humbling moment for us,” running-back Carter Mclean said.

Adding salt to the wound, both losses came against their provincial rivals, the Regina Thunder.

Now the Hilltops are hoping to avoid losing their third straight game and falling below .500.

"It's my job to find the right players and put them in the right spots to do the right things, and we have to become more consistent so, were excited for what's in front of us,” Sargrant said.

"We've been making stupid mistakes and you know, we gotta work hard at practice and just get better. We're not playing to our full potential yet," line-backer Konnor Johnson said.

The coach said that means getting back to fundamentals.

"We are going focus on blocking and tackling. As you see were going to be in full pad all week and were just going to focus on the basics,” he said.

There's been a changing of the guard at quarterback as Damon Dutton took the reigns from Doug Fleming, and posted a whopping 82 percent completion rate.

Saskatoon's defence has been bend-but-don't-break, allowing just over 20 points a game, which is third best in the Prairie Football Conference.

The Hilltops will be back at home this Sunday to face the Winnipeg Rifles, a team that dating back to 2014, the Hilltops have beaten 16 straight times.

But if they lose, they would fall below .500 for the first time in seven years.