'We need to fix the problem and get everyone moving': City of Saskatoon to clear residential streets 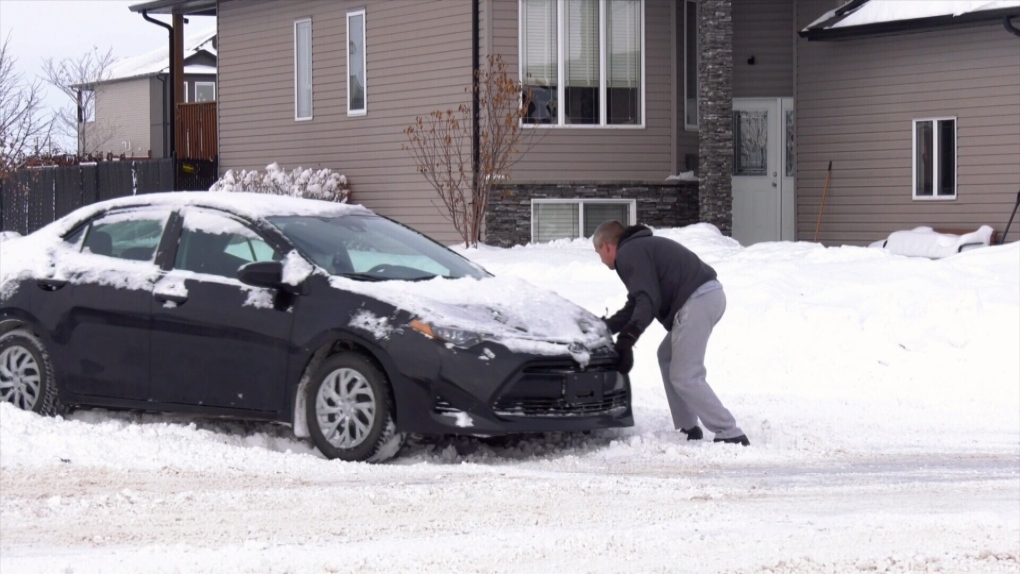 SASKATOON -- During a morning update on the city's efforts to dig out after last weekend's storm, Saskatoon's transportation manager said that there will be an increased focus on residential streets starting Wednesday morning.

"We need to fix the problem and get everyone moving around again," said Terry Schmidt, the city's transportation and construction manager.

"Today, I'm here to assure you that we're going to throw everything we have at this," Schmidt said.

Schmidt said while the city typically only opts for "light" grading on residential streets throughout the winter, crews will begin clearing streets in residential areas due to the "unusually large amount of snow," Schmidt said.

“Last winter, the city had five snow events that roughly equated to the same snowfall we experienced this weekend,” Schmidt said. “This is an incredible challenge, we are doing everything we can to get Saskatoon back to a daily routine.”

That's why, Schmidt added, the city is turning its attention to residential snow clearing immediately.

During the update, Schmidt also said all Priority 1 streets have been graded curb-to-curb and 85 per cent of Priority 3 streets are "passable." However, Schmidt said that road conditions are still not ideal.

"With the layer of ice underneath the snow, the streets remain slippery though. It will take several more days to clear the priority streets curb-to-curb and complete sanding and deicing."

As work tapers off on priority streets and crews become available, they will be dispatched to help clear residential streets, Schmidt said.  The city is also working with private contractors and more crews will be out in force on Thursday.