'We have a ways to go’: FSIN marks International Women’s Day 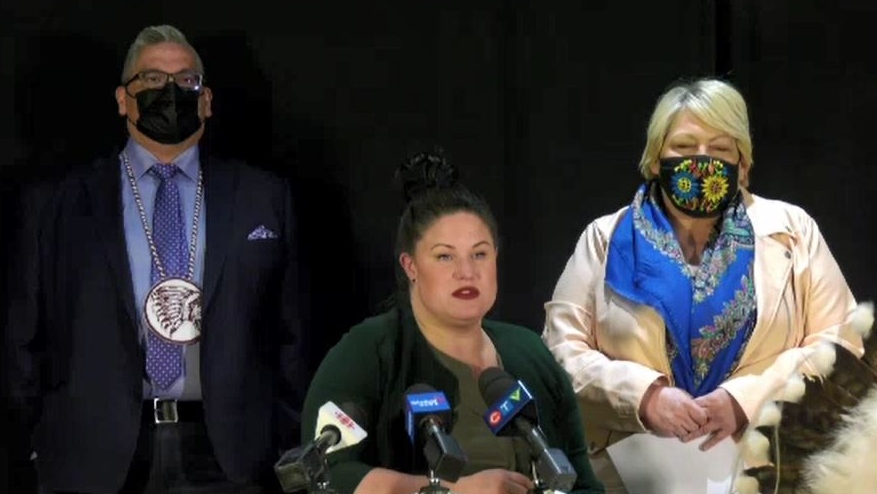 The FSIN held a news conference for International Women's Day.

SASKATOON -- The Federation of Sovereign Indigenous Nations (FSIN) highlighted many successes and achievements of First Nations women in Saskatchewan on International Women’s Day, but also said more needs to be done to achieve equity.

“While we have a long way to go to achieve equality for First Nations women, we have also come a long way despite the challenges and biases against us. It is important we celebrate and take pride in our accomplishments. It has been just over 50 years since First Nations women were granted the right to vote and First Nations women have since become elected leaders, doctors, lawyers, judges, academics and CEOs to name a few,” FSIN Chief Health Bear said in a news release.

The FSIN said women in Canada won the right to vote in 1921, but First Nations women weren’t granted the same right until 1960. The organization said racism and sexism continue to pose challenges for First Nations women citing issues such as employment and pay equity.

“I want to point out the many essential workers, not only in our region but across the country. Many of our women being so brave, taking the leadership role helping to protect our people. Our young ones, our people, our young ones, our babies. We lift you up today and say thank-you” Bear said during a news conference on Monday.

She said she also hopes the calls for action are implemented regarding Missing and Murdered Indigenous Women and Girls.

“We talk about MMIWG, 231 calls to action. Those calls have yet to be implemented. It is a slow process, but God willing we will have those resources and those recommendations put to action.” Bear said.