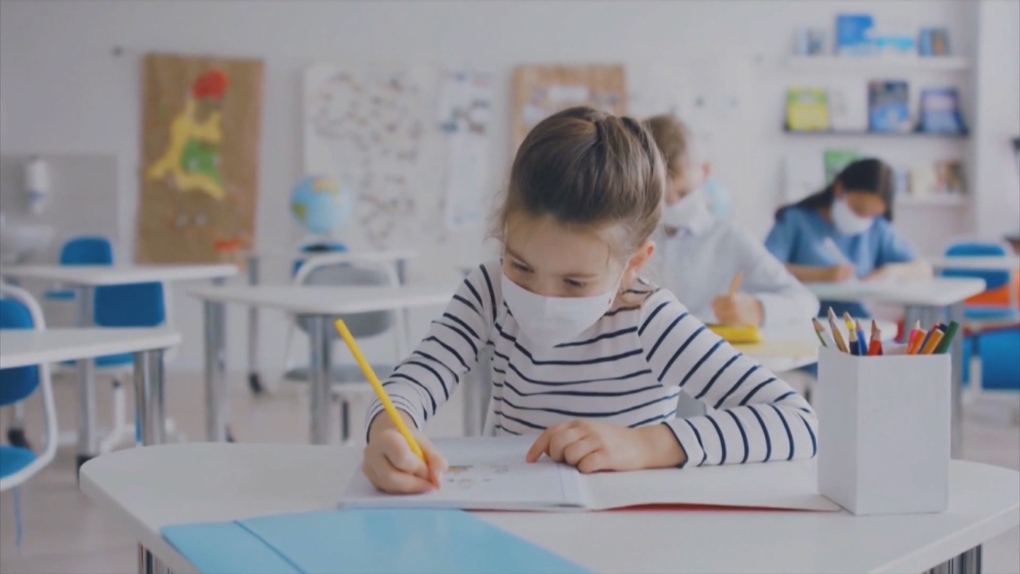 SASKATOON -- School divisions in Saskatchewan are left to make their own decisions about whether or not to mandate masks, the province announced Tuesday.

Both Saskatoon’s public and catholic school divisions are mandating masks in grades 4 to 12 in situations where physical distancing isn’t possible.

Some private schools are following suit.

“We are going to require that all students and staff wear masks when they return. So that’s slightly different than some schools in our area, but we feel that is the most reassuring way for us to proceed with re-opening,” Julie Davidsen, a teacher and curriculum advisor at the private Saskatoon school.

Masks will also be required at Prairie Sky School on Regina, and face-shields for the kindergarteners.

Principal David Vanderberg said while he’s confident in his school’s plan, he would like to see more clear direction from the government.

“I think in general we’d like to see more guidance and leadership from the Saskatchewan government. Because really, the plan that’s been set out has put the ball squarely in all the school divisions to make the move, and so if things fail, it falls on the school divisions,” Vanderberg said.

'It has to be based on clear direction'

Community health and epidemiology professor Dr. Cory Neudorf said there are benefits to not having a one-size-fits-all type of plan.

But with allowing schools to make their own decisions, he said there needs to be direction from the government about when to ramp-up protocols.

“There’s some wisdom in allowing for local variation, but I think it has to be based on clear direction on what are the triggers to be moving in one direction versus another. I think what we’re going to be seeing in the coming days and weeks from every province is evolving and changing back-to-school plans,” Neudorf told CTV News.

In Alberta, the province isn’t letting schools choose — masks will be mandated for all students in Grades 4 to 12.

Manitoba has not made rules around masks in schools and .their use will be optional for students in British Columbia.

Neudorf believes it’s better to have stricter restrictions now, and ease-off down the road.

“Starting with more restrictions and more safety protocols, and then gradually letting them off if we don’t see problems makes more sense than trying to escalate once a problem occurs because then it might be too late,” he said.