'We are over the moon': Saskatoon curling club hosts World Junior qualifiers 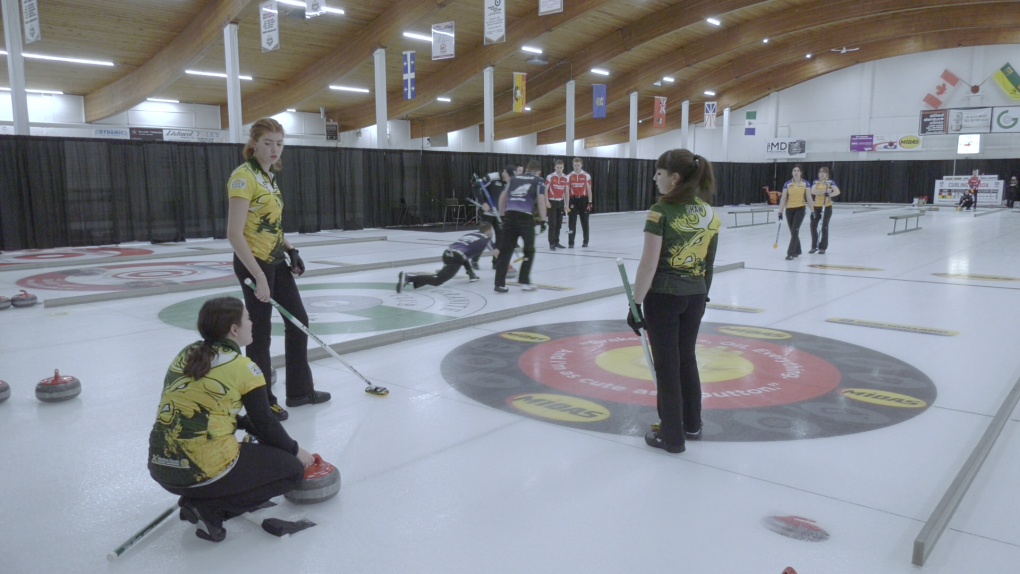 Some of Canada's most talented junior curling teams fought for the opportunity to represent Canada at the 2022 World Junior Curling Championships at the Granite Curling Club in Saskatoon.

The tournament hosted a total of 12 junior men's and women's teams from across the country.

Granite Curling Club general manager Steve Turner says hosting the event has been exciting for everyone. "Right from the moment we were asked, just the anticipation has been building and to get to this day that always seems so far out – but now to wake up this morning knowing that this was championship Saturday, it's all come full circle and we're really thrilled," Turner said.

It's something the club's president, Sheryll Main also agrees with.

"We are over the moon for this, it was so fantastic. The excitement is indescribable really. You see it on TV right, you never think that it's going to be your club and it was our club that was chosen," Main said.

Turner says hundreds of people have come through the club, with events kicking off on Monday, consisting of three draws a day. Having people back in the club is something Turner says he's grateful for.

The Canadian Juniors were cancelled in 2020 due to the pandemic, giving curlers more time to practice.

"The idea of having an event with fans and spectators and curlers in a safe environment, that's huge. It just feels so good to be able to do that again," Turner said.

Bill Tschirhart, a national coach for Team Canada says it is great to be about athletes, not only because of their skill level, but what they represent.

"All you have to do is go to a junior U-21 curling event, these athletes are talented, they're polite, they're responsive, and they're dedicated. These are our leaders for the future, not just in sports but in every walk of life," he said.

The Nova Scotia's men's team (Purcell) and Northern Ontario's women's team (Ladouceur) were the winners from the week and will representing Canada at the 2022 World Junior Curling Championships.

The championships are taking place in Sweden from March 5 to 12.