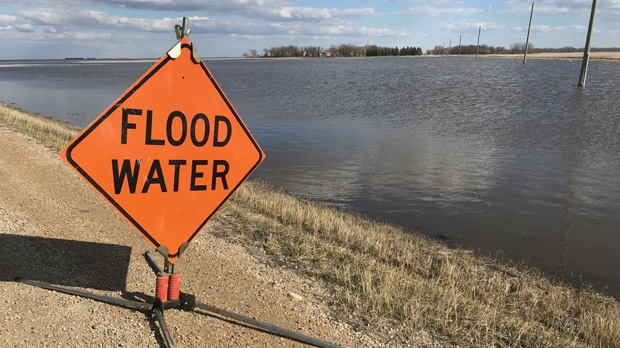 SASKATOON -- In an update to its high streamflow advisory for the Churchill River System, the Saskatchewan's Water Security Agency said peak flows on the system could reach near-record levels.

The WSA said it recommends caution as fast-moving water can pose a hazard and that there is a potential for flooding in the area.

"Peak flows are expected in the Beauval area in early July and Lac Ile-a-la-Crosse is expected to peak in mid-July," the WSA said in a news release.

The agency said peak flows on the system are exceeding or could exceed 2017 levels and could approach record levels seen in 1974.

The WSA said Lac La Ronge remains at elevated levels and that levels will continue to rise over the next couple weeks, but flooding is not anticipated.

According to the WSA, flows into Reindeer Lake are at a record high and the lake is currently at "full supply level."

"Flows out of Reindeer Lake from Whitesand Dam have been increased but are not yet at full capacity," the WSA said.

"A combination of high flows from Whitesand Dam combined with flows on the Churchill River will result in the highest flows on record at Island Falls and Sandy Bay."

"It is expected that the water levels will rise over the next few days, and flows will cause localized flooding downstream of Island Falls," the WSA said.

Flows will stay "well above normal" east of Peter Pond Lake into the winter months, according to the WSA.

The WSA said its working with SaskPower on water release plans to minimize damage and is notifying people who could be affected.

"Any landowners near the Beaver River are also advised to be aware of the situation and potential impacts to property," the WSA said Thursday.

Flows are expected to surpass 2,000 cubic metres per second over the next day, leading to possible localized flooding in the delta area, according to a news release. Elevations are also expected to rise at Tobin Lake.

Residents, communities and First Nations in these areas are advised that high flows pose a safety risk and high water levels could damage property and infrastructure over the coming days.

Users are advised to use caution around the watercourses as swift moving water can pose a hazard and to take steps to protect property where necessary, the WSA says.