Watching tape with the Hilltops: A rare look inside Saskatoon’s unstoppable football machine

SASKATOON -- Tom Sargeant sits at the head of the table, surrounded by the Saskatoon Hilltops coaching staff, organizing loose papers with one quick shuffle in his hands.

On the other side of the wall, players are suiting up for practice, just days after the team crushed the Winnipeg Rifles by 27 points.

“Any comments, feedback from our last game against the Winnipeg Rifles?” Sargeant asks, looking around the room.

“You happy with it?” Sargeant says.

Despite the big victory the previous week, and remaining undefeated, the Hilltops coaching staff continue to seek improvement.

On a wall in the clubhouse, bold numbers: 2018, 2017, 2016 and many more. Each marks a year the team has won a national junior football title. If the Hilltops win this season, it will be their sixth in a row. 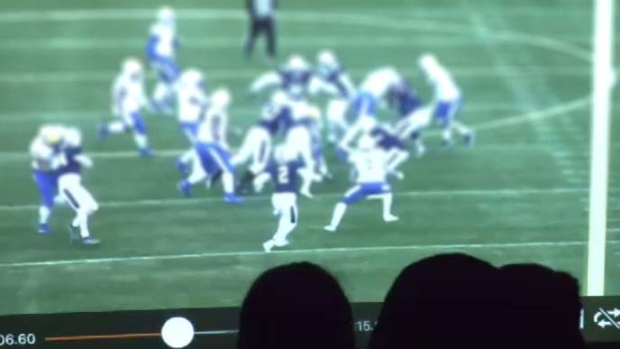 Down the hall, Sargeant finishes poring over game tape with the team, analyzing their last win against the Edmonton Wildcats, the team’s next opponent.

Sargeant points out a play where the blocking was not up to par.

“You make that block we’ve got a big play,” Sargeant says, his voice booming out across the film room.

It’s the preparation off the field that fans rarely see.

“You got to dissect your opponent,” says Sargeant, later sitting at his desk in the coach’s room. On a whiteboard, traces of a diagram showing what looks like an offensive formation or strategy, mostly wiped away.

“We watch us, we watch them. What holes do we see. What do we want to take advantage of,” Sargeant says.

Outside on a crisp fall evening, the lights shine down on Ron Atchison field.

No bleachers for fans. No fancy video board. Just players, pads, coaches, and a field lined with a little dew from the dropping temperature. 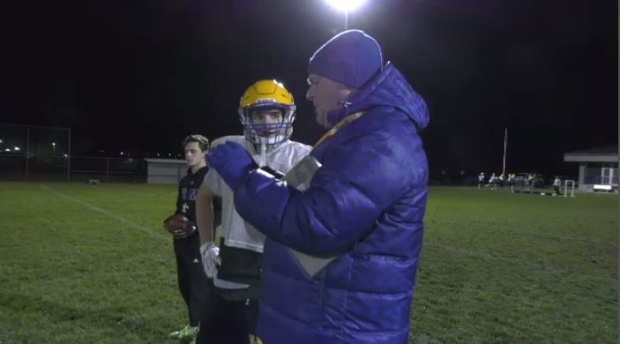 “This situation here, we want you to get in here,” Sargeant calmly says as he talks to his players who stand lined up in formation.

Once everyone understands their assignments, it’s time to run the play.

This play is a handoff to Ben Abrook, a running back who has already broken the 1,000 yard mark this season.

The goal in the next game is to take a big lead early, so younger players get playing time. More time on the field for younger players means next year’s crop is ready to go.

“That’s been our mentality for years,” says quarterback Tyler Hermann. “When I get in, I’m just looking to kind of help the guys below me and kind of help out in their path as well.” 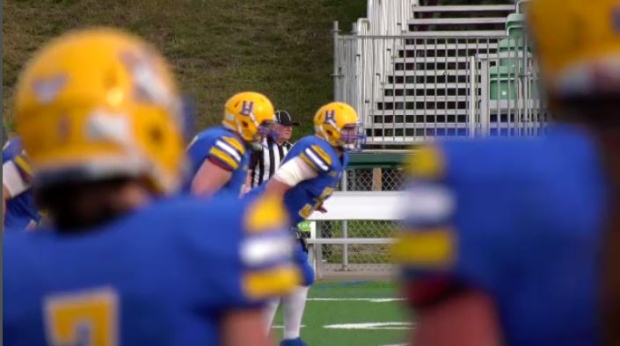 When the weekend comes, their second and third-string players get plenty of playing time. The Hilltops down the Wildcats 48-8.

“When it’s their time to shine as starters next year, we’ve helped them with that process by giving them meaningful minutes, which a lot of other programs don’t do,” Sargeant says.

Minutes, which can add up to championship seasons.