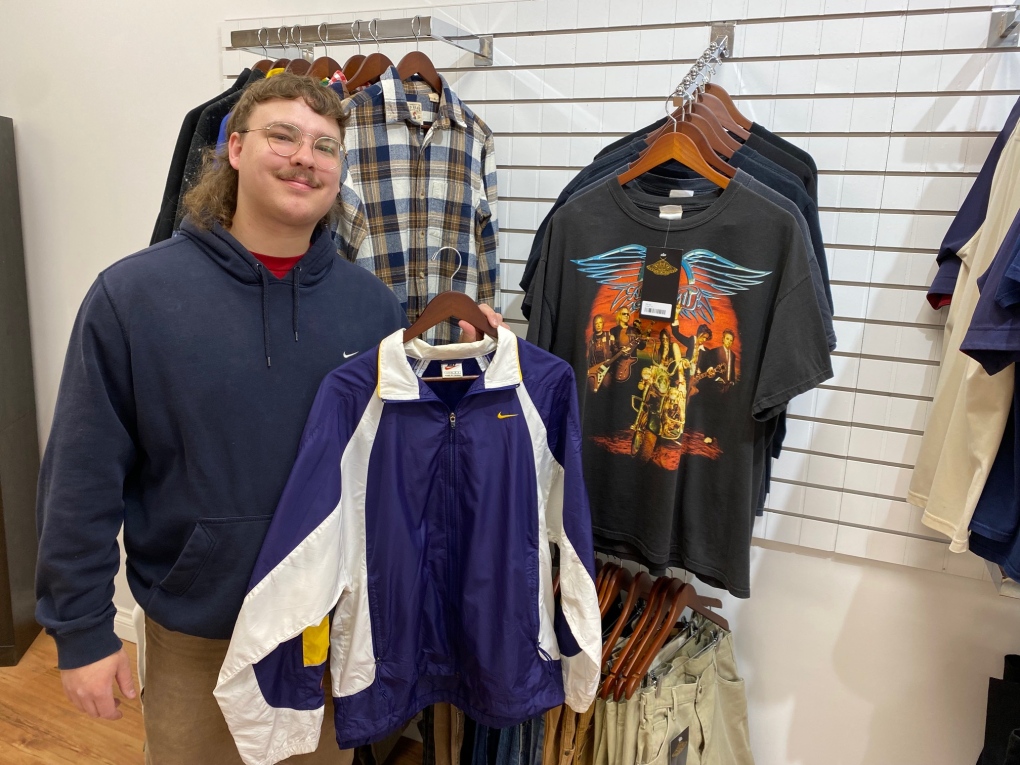 The owner of a new vintage clothing shop in Prince Albert says he hopes to capitalize on a trend and help the environment at the same time.

“When you are getting clothes from back in the 1980s and 90s, those are where the good pieces are at,” said Moth Vintage owner Luke Stead.

“Oftentimes you'll have a one-off piece that no one else in the world might have,” he said.

The store is stocked with name brand pieces from the 1960s to 2000s, including concert t-shirts and many other “sought after” logos.

“Aerosmith - a very popular band in the 70s or 80s, this is a shirt from their concert,” said Stead. “You’re getting something authentic here instead of a replica.”

He says many of his customers buy vintage impart for environmental reasons and that’s also one of the motivations for having the store.

“We’re looking to stop fast fashion, where these places are making clothing very cheap and in mass quantities so what ends up happening is there’s more clothes going to the landfill,” said Stead.

He says the clothes in the store have stood the test of time and are made from quality cloth and materials; some are brand new and have been in someone’s closet for years.

“It’s simply going to last longer. You can maybe even wear that vintage piece for a while and then hand it to someone else and they'll get to enjoy it as well,” said Stead.

Moth Vintage is on Central Avenue in Prince Albert and opened a few weeks ago.

Fourteen children and one teacher were killed in a shooting at a Texas elementary school Tuesday, the governor said, and the 18-year-old gunman was dead.