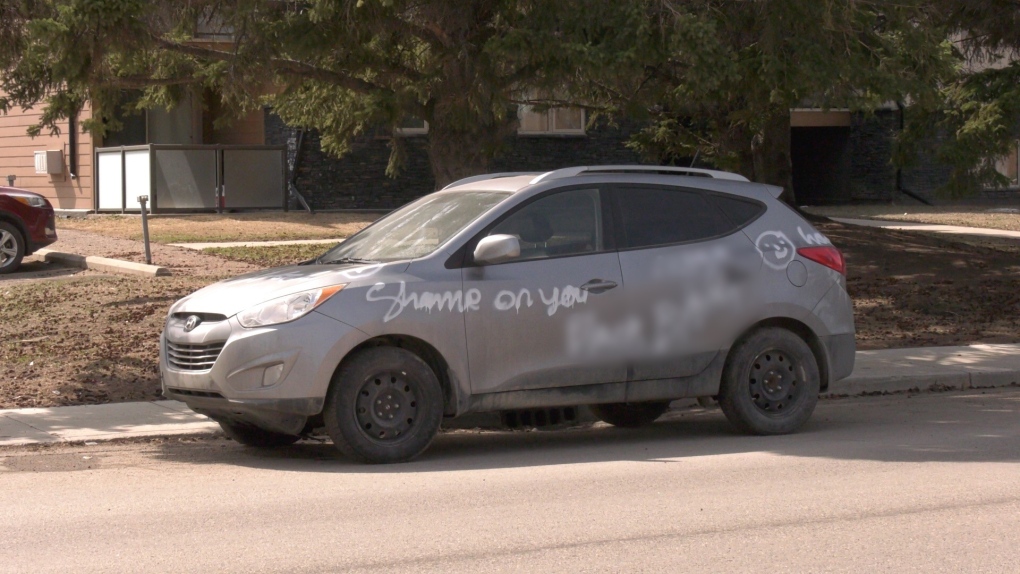 A vehicle was vandalized with racial slurs in Saskatoon's College Park neighbourhood.

SASKATOON -- People living in Saskatoon’s College Park neighbourhood are raising concerns after a vehicle was vandalized with racial slurs.

Several phrases were spray painted on an SUV parked on Degeer Street.

Heidi Baier, who lives in the neighbourhood, told CTV News there were three vehicles vandalized but this one was the worst.

She said she worries about the type of attention it is attracting and doesn’t know whether the owner is aware.

"This isn’t really appropriate and it doesn’t seem like the owner is aware, or if there is an owner. I don’t know if it’s just a car put here to, to raise racism and it’s just awful. I don’t like it,” she said.

Saskatoon Police said they haven’t received any reports about the vandalized vehicles.