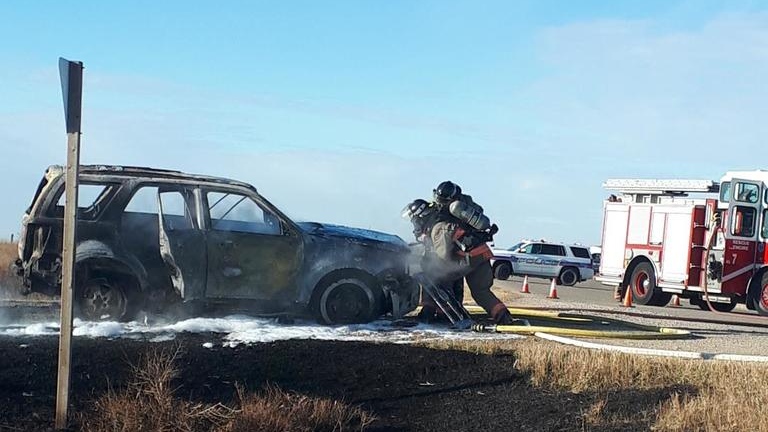 A vehicle fire sparked a grassfire near Cathedral Bluffs northeast of Saskatoon. Photo by the Saskatoon Fire Department

SASKATOON -- An emergency call about a vehicle fire turned into a grassfire Monday morning northeast of Saskatoon.

At around 9:45 a.m., the Saskatoon Fire Department was called to a vehicle fire at the entrance of Cathedral Bluffs. Firefighters on scene found an SUV engulfed in flames with fire spreading on to an adjacent grassland, the department said in a news release.

Firefighters tackled both the vehicle and grassfire simultaneously quickly bringing both fires under control, the department said.

Once the fires were out, the scene was turned over to RCMP for further investigation.