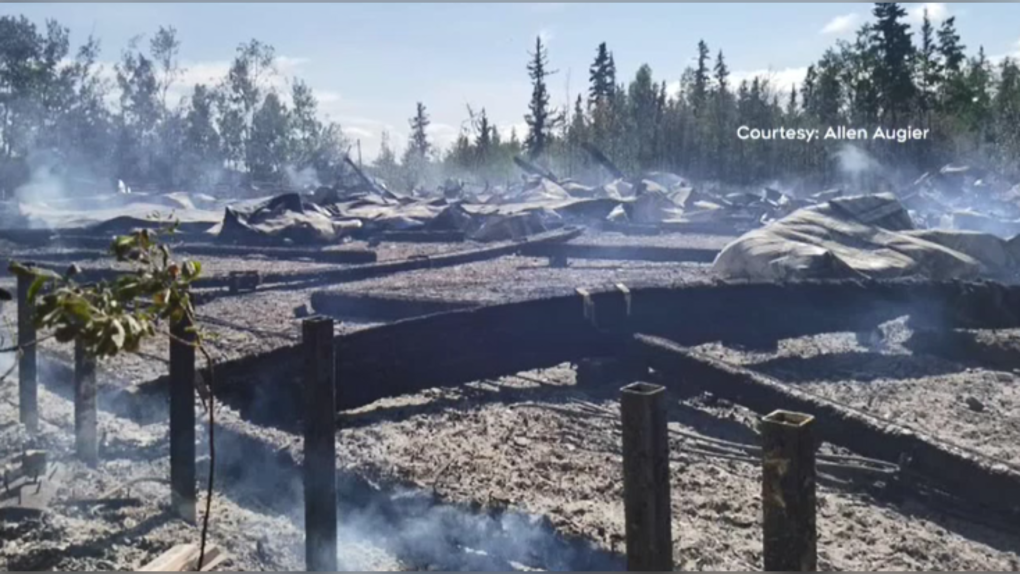 The arena in Uranium City burned down after being struck by lightning. (Submitted photo)

SASKATOON -- The arena in Uranium City burned down after being struck by lightning Wednesday, according to the town’s mayor.

Volunteer firefighter Alexander Adams said he woke up around 7 a.m. and saw black smoke outside.

He was one of 10 to 12 people on scene helping to battle the flames, along with other volunteer firefighters and a contracting team.

Margaret Powder, one of the first people on the scene, said she and her husband received began knocking on doors to alert others.

Members of the community have been sharing their memoires of the arena on social media and posting photos of the fire.