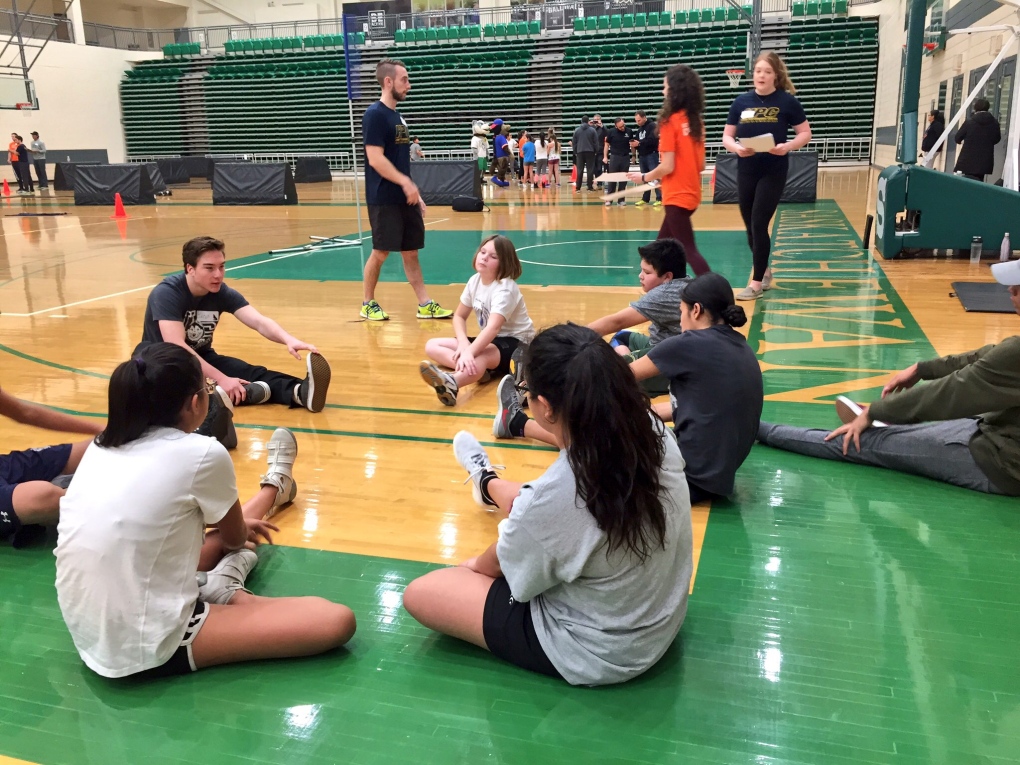 The Youth Leadership Through Sports Program at the University of Saskatchewan intends to train and inspire young Indigenous athletes.

About 70 young Indigenous athletes met at the University of Saskatchewan on Sunday as part of a new program aimed not only at strengthening their athletic skill, but also at pushing them to become leaders and role models.

Cole Currie, 11, lives in the Mistawasis First Nation. He aspires to become a competitive lacrosse player, and made the trip to Saskatoon hoping for a challenge.

“My favourite (activity) here has probably been the beep test,” Currie said. “It pushed me to my limits.”

The Youth Leadership Through Sports Program, run by the College of Kinesiology at U of S and the Saskatoon Tribal Council, includes young athletes from Indigenous communities from across the council’s jurisdiction. Activities include vertical jump, the beep test, and pushups.

“A lot of First Nation children have a lot of capabilities and opportunities, but they can't afford personal trainers,” said Mark Arcand, tribal chief of the Saskatoon Tribal Council. “They have a lot of barriers."

The program involves athletes from the U of S Huskies and kinesiology students who act as trainers and mentors.

The effort also aims to encourage the young people to pursue higher education, according to Chad London, dean of the College of Kinesiology.

“For these kids to come on campus is really important, so they can see what the university is like, and demystify what it's like to come to university, and show them that it's possible,” London said.

The young athletes are set to meet every few months for the next year to train and measure their progress.

“Education and sports go hand-in-hand, and for us that's what we want our First Nation children to be,” Arcand said. “It's to take that gift, that ability that they have inside.”