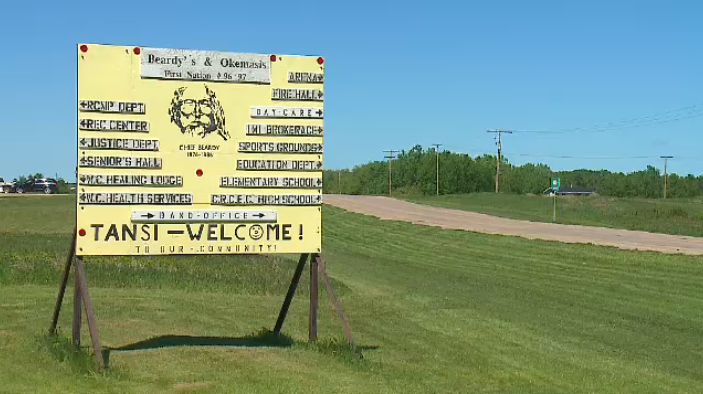 RCMP have charged two men in connection to a homicide in Beardy’s and Okemasis’ Cree Nation on Friday.

Police have identified the victim as 26-year-old Brandon Cameron, who was from Beardy’s.

Officers charged 22-year-old Straughn Smallchild with second-degree murder and 32-year-old Cory Littlepine with accessory after the fact to aggravated assault.

At about 6:45 a.m. on Friday, Rosthern RCMP received a report from EMS about a body found in a truck in a rural area near the First Nation.

RCMP determined the truck was connected to a separate report, which came in at about 1:20 a.m., about “an alleged altercation” in Beardy’s.

The report said three people were involved in the altercation, but police could not locate them.

Police received a separate report about the same home later that morning, just before 4 a.m., and searched the home about three hours later.