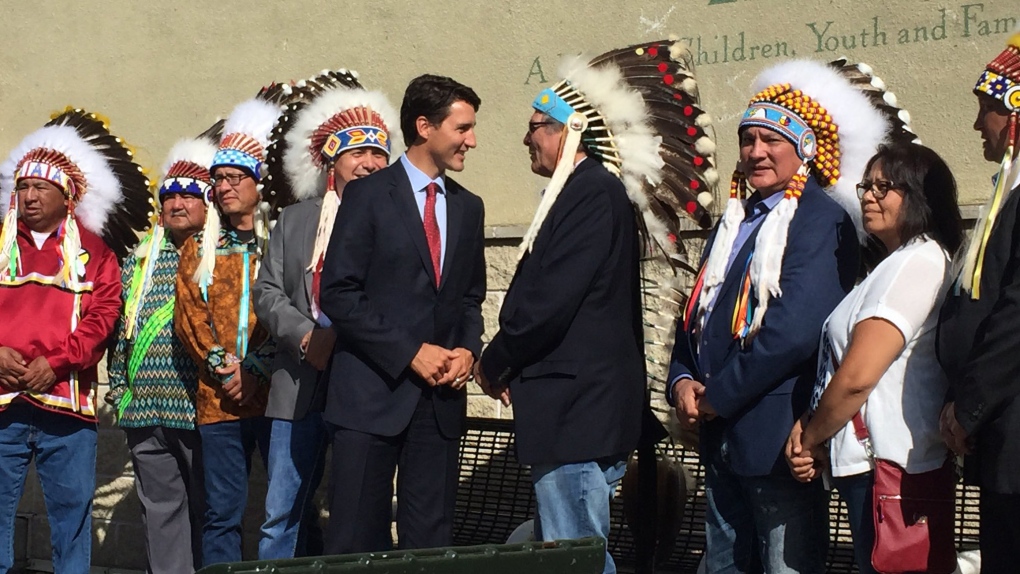 He met with Indigenous co-op students at the University of Saskatchewan touting the government’s new paid placements for students.

The federal government is spending $73 million to create 10,000 paid placements over the next four years.

“Young people simply want to get good jobs to return to their communities, in many cases to contribute and break a cycle,” Trudeau said.

He began his visit at Prairieland Park where he addressed 9,000 Muslims at an Eid al-Adha event.

“Whether we’re in a big city or small town, we must continue to stand together united against racism, hatred and Islamophobia,” he told the crowd.

The Saskatoon Tribal Council then met with the prime minister at the White Buffalo Youth Lodge.

Trudeau discussed the importance of partnership with Indigenous people to achieve reconciliation.

The prime minister’s next stop is Whitehorse.