'Too much rain, too fast': Surface flooding damages homes in Watrous, Sask.

'Too much rain, too fast': Surface flooding damages homes in Watrous, Sask.

A quick-moving storm system left streets in Watrous flooded and many basements damaged.

That's according to the town's chief administrative officer Orrin Redden.

"We had a couple of significant rainfall events, we actually had about an inch of rain or so early Sunday afternoon and then last night, around six or so, we received varying amounts but two inches or more in about half an hour," Redden said, explaining how the town's storm drainage was overwhelmed by the rain.

"So just too much rain too fast, I guess."

Photos shared online by the town's local news outlet the Watrous-Manitou show streets covered in water, right up to the edges of some homes and businesses. 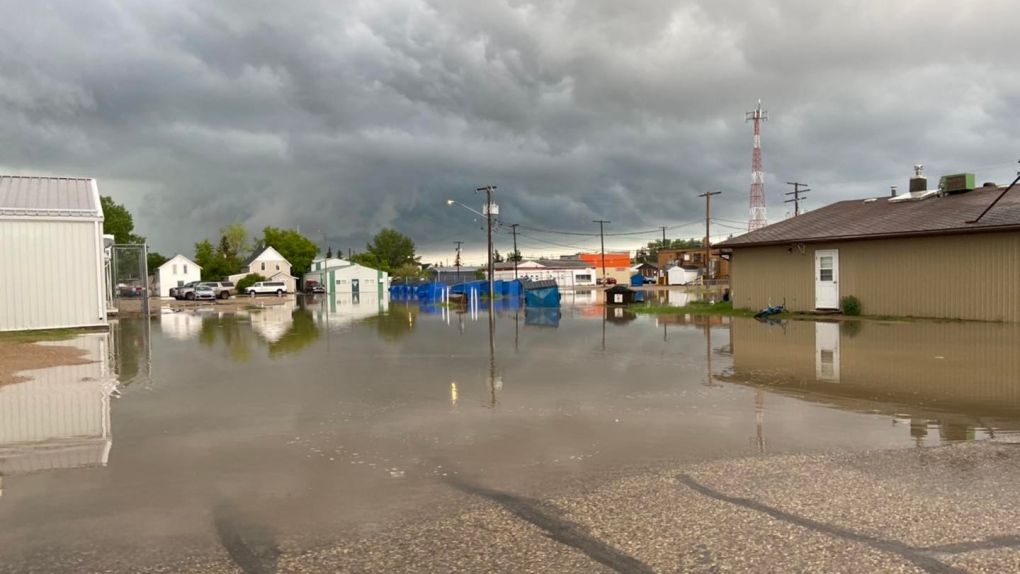 Speaking to CTV News on Tuesday morning, Redden said while it is too early to say how many residential properties were affected, the town office has been fielding many calls from residents.

"I suspect there will be a fairly significant number (of homes) with basement damage," Redden said.

Redden said the town is in the process of applying to the province's Disaster Assistance Program.

"Assuming we receive an approval, then property owners may have been able to obtain some financial assistance for restoring property." 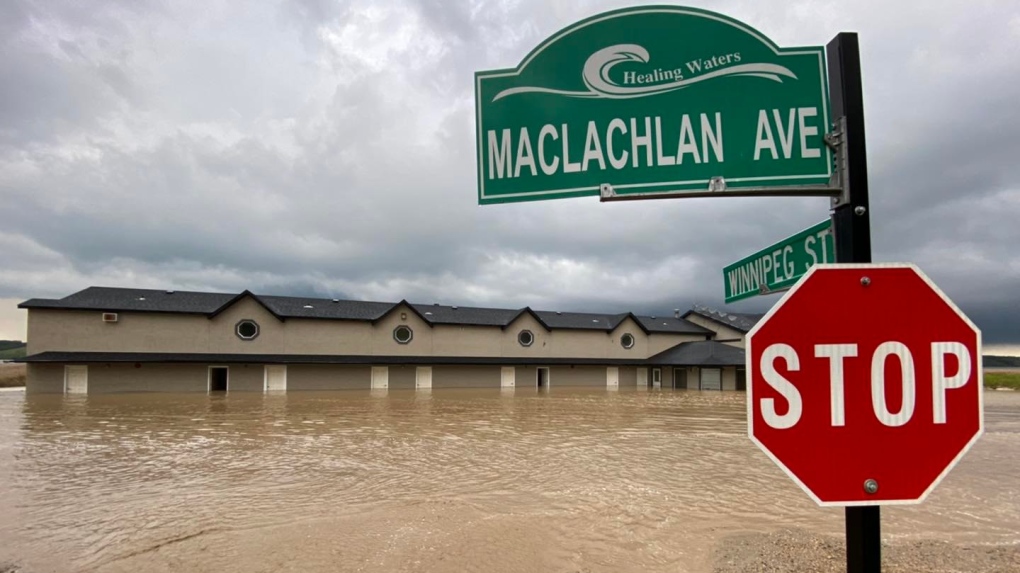 On Monday night, while watching TV, Dahlen Poppl said he heard the rain hit the roof of his condo but didn’t think much of it.

When he saw the rain water pool over the street and flow down towards his home, he said “it was game over.”

“By the time we got downstairs, the garages were already about a foot-and-a-half deep,” Poppl said.

Dahlen and his wife, Ashleigh, have been cleaning up the aftermath.

They removed everything from their now-muddy garage and have been pumping out the water.

The couple is now in the process of dealing with insurance.

Chris Boehm, a project supervisor with Saskatoon Disaster Services, expects the repairs at Poppl’s condo building to be major.

“You can see the concrete foundations are all destroyed here.”

Manitou Beach is also considering applying to the province’s disaster assistance program , which would give residents financial help to fix the damages.

"Everything is just washed. There isn’t a street in this community that doesn’t have damage right now,” Manitou Beach Mayor Poppy Peterson told CTV News.

Environment and Climate Change Canada meteorologist Terri Lang told CTV News the storm that hit the town was one of "a number" that developed across Saskatchewan.

She said the weather station serving Watrous is currently undergoing upgrades so the agency couldn't provide a rainfall estimate.

However, she said weather watchers have reported 55 millimeters of rainfall "that would have fallen in a very short period of time."

Overland flooding was also seen east of Rosetown, according to Lang. 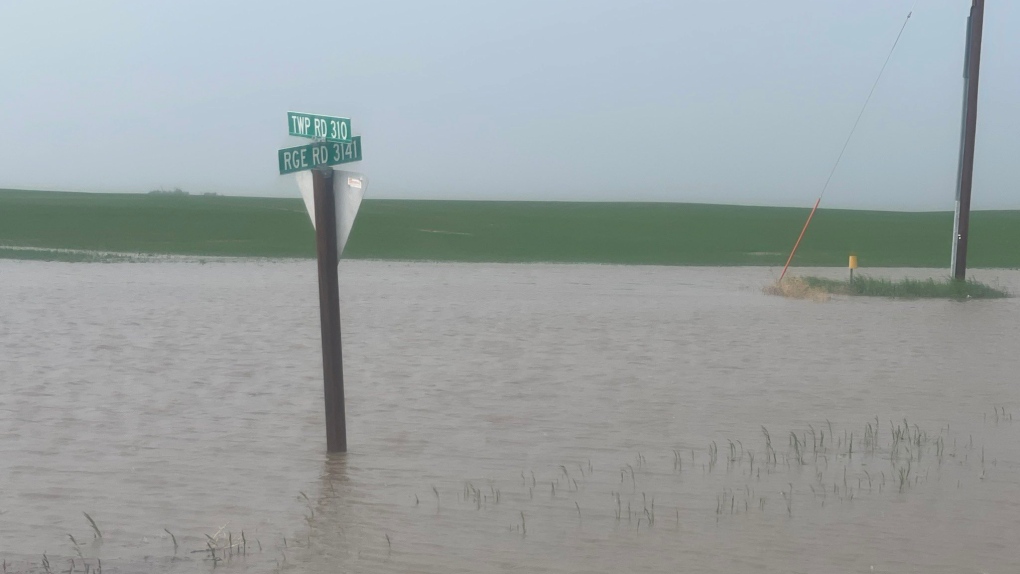 "Our weather station there came in with about 45 millimeters, but based on what we see coming from the radar, I would expect the amounts to be a lot higher than that."

Land said a weather watcher in the Rosetown area measured more than 100 millimeters of rain.

She said the storms are part of the same weather system that has been responsible for heavy rains in southern Alberta.

According to Lang, Prince Albert, La Ronge, Meadow Lake and Buffalo Narrows could see between 75 to 100 millimeters on Wednesday due to the weather system.