Tips and tricks to prepare your garden for Saskatchewan winter

Tips and tricks to prepare your garden for Saskatchewan winter 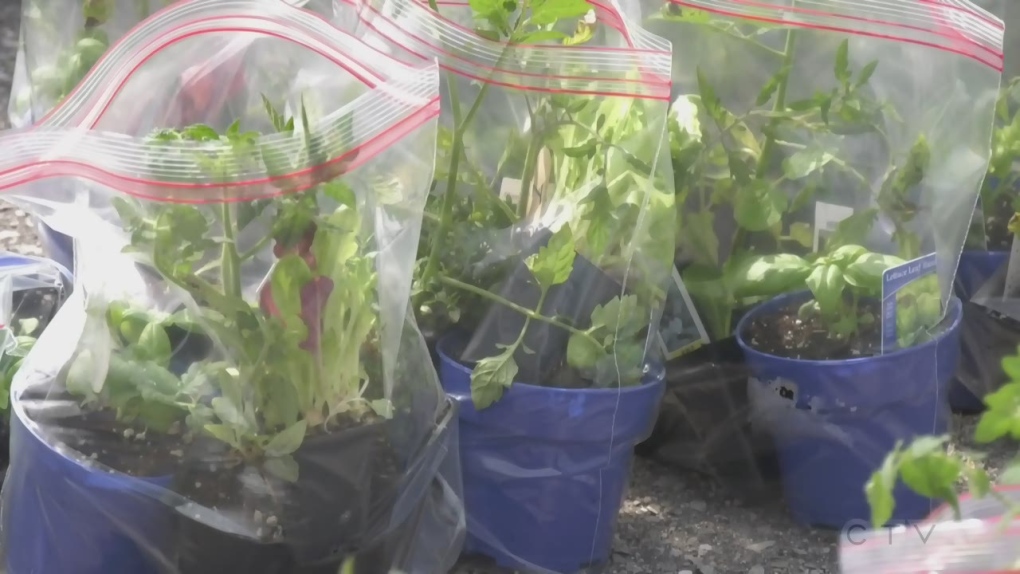 Making the most of the nice weather while it lasts includes preparing gardens for the cold winter months ahead. According to one local gardening expert, there are some easy ways to do that.

Ashley Eskin studied soil science at the University of Saskatchewan and has been blogging and creating YouTube videos to encourage others in their gardening journey.

She said the first thing to do to get ready for winter is to think about disease and pest prevention.

“So looking at what issues you came across this last year, whether it be cucumber beetles, flea beetles, powdery mildew, you name it, and then looking into the correct way to manage the debris from that particular problem,” she told CTV News.

“Gardeners usually just say, ‘Well, I had cucumber beetles this year, I won’t have them next’, but the reality is, is that they're kind of in your little micro environment of your garden. And so if you can control them in your space, you'll be able to control them in the future. But if you just let it go it will exasperate over time, it's just gonna get worse.”

Eskin explained that it’s important to avoid composting anything with powdery mildew on it because it will stay in the soil.

“Another thing to look into would be from the perspective of if you had flea beetles or if you had thrips, or aphids, or cucumber beetles, looking at biologicals that will actually eat the larvae in your soil.”

She also recommend that gardeners consider a two-time application of fertilizer.

“So whether they're using organics or synthetics, whether they're one flower, ornamental perennial or vegetable gardeners, you can actually split your application of nutrients and there's huge benefits,” she said.

“If we take half of what we would normally apply in the spring, we split it in half and we apply it in the fall, what ends up happening is we end up recharging our soil throughout the winter, and we don't end up with as much loss.”

Eskin said a split application can be better for the environment and save money for gardeners.

“In the spring we will dump on a ton of fertilizer, and a lot of that fertilizer can be washed away through runoff and watering and you name it and the plant can't simply use it all up at once,” she said.

Another consideration for Saskatchewan gardeners is to care for their soil.

“One thing people could consider is simply planting peas in bulk,” she said.

“You can get just dried peas, or chickpeas or lentils from the grocery store in the big bags. And you can actually broadcast that across your soil, water it in and get them to grow a little bit, this will naturally put nitrogen back into our soil.”

She said another method is ‘cover cropping.’

“Whether its clovers or barley grasses, that sort of thing. It will help actually with the soil structure and just getting that soil working again.”

Eskin said that there are crops that gardeners in Saskatchewan can grow into the late fall.

“There's still lots of sun well into the fall in the early winter to actually produce stuff. As long as you stay with root vegetables and leafy greens, you'll be okay, I wouldn't encourage anyone to go into flowers or necessarily fruiting plants because the season just simply isn't long enough.

“You want to stay with things that are either root vegetables in the ground, or you want to do greens that can take a little bit of frost,” she said.

“Collard greens and kale are really good examples of this, they will take frost, they will actually be covered in snow, and you can still harvest from them and they will be just fine.”

She said she was able to grow collard greens, char and kale without a cover last year and harvested them in mid-October.

There are some DIY tips to extending the growing season, according to Eskin.

“You just simply cut the bottom off of a milk jugs, put that over top of the plant and make like a little mini greenhouse,” she explained.

However, that’s not the only way according to Eskin.

“You could do things like bricks or rocks or even containers of water where you put boiling water into a pop jug and just put it inside of the low tunnel to keep them warm overnight.”

Nothing off the table when it comes to Alberta sovereignty act: PM Trudeau

Morocco has looked impressive in Group F but Canada has an opportunity to finish its World Cup experience on a high.

A Virginia sheriff's deputy posed as a 17-year-old boy online and asked a teenage California girl for nude photos before he drove across the country and killed her mother and grandparents and set fire to their home, authorities said Wednesday.